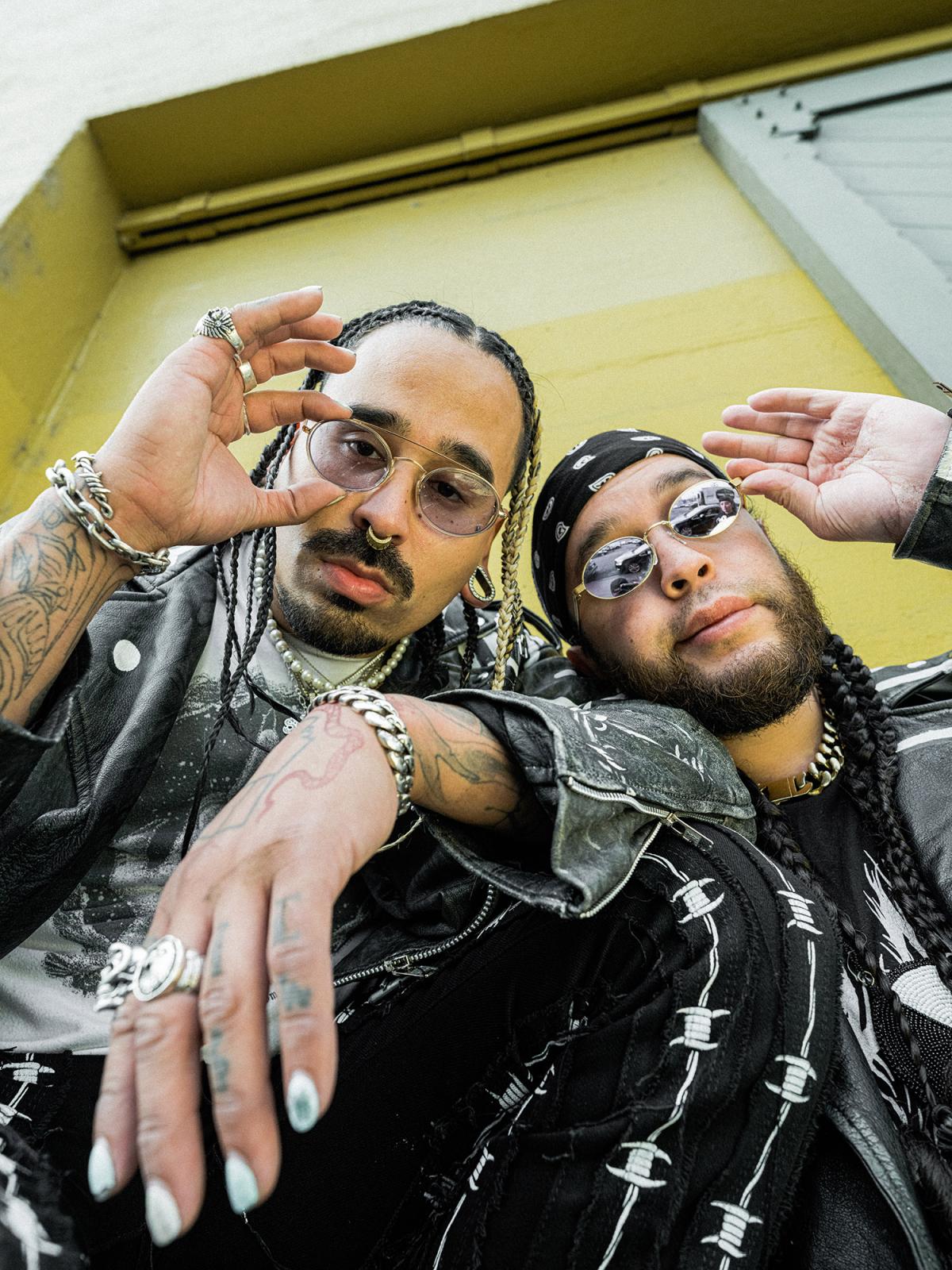 Snotty Nose Rez Kids is a Canadian Hip-Hop duo of Haisla (Indigenous) descent from Kitimat, BC. Rappers Yung Trybez and Young D formed the duo in 2016, releasing two albums in 2017 with their second, The Average Savage, winning them Best Hip Hop Artist at the Western Canadian Music Awards (WCMA’s), cemented them on 2018’s Top 10 list of the coveted Polaris Music Prize, and landed them a 2019 Juno Nomination for best Indigenous Music Album. The group toured heavily in Canada with appearances in New York City, Seattle and Darwin, Australia. They quickly gained notoriety for their energetic, inspiring and thought provoking performances.

Their follow-up, TRAPLINE, was an overwhelming success with media praising the project at Complex, Vice, Exclaim!, Okayplayer, and The FADER. Hit single, ‘Boujee Natives,’ became a cultural phenomenon sparking a wave of Indigenous people rocking art, jewelry and clothing of their people in a proud way. They embarked on their first large-scale tour with over 100 shows in 2019 in North America, Australia, UK and Mexico, and wrapping the year with multiple awards and millions of streams. SNRK were poised for 2020 to be their breakout year. Complex named them in their ‘Ones to Watch for 2020.’ After announcing their first 23 city US headline tour, COVID hit and all plans were abandoned. They released their debut EP, Born Deadly, and landed various sync deals with network shows Trickster and Resident Alien, and feature films Monkey Beach and Inconvenient Indian. ‘Boujee Natives’ achieved over 1.5 million streams and became their first music video to reach over 2 million views.

As COVID restrictions began to ease in 2021, SNRK were back in studio, creating their most personal project to date, LIFE AFTER, released in October 2021. The release landed them on the covers of Exclaim Magazine, Range Magazine and The Georgia Straight. Their hit single, Uncle Rico, debuted on BET Jams and went into rotation on MTV. After a year and half SNRK were back on the road for leg 1 and 2 of their Life After Tour with 47 shows in North America so far. They are about to embark on their next tour leg of summer festivals, which will see them opening for 070Shake, Rick Ross, Lil Tecca, Freddie Gibbs, Young MA, The Beaches, and headlining various shows.