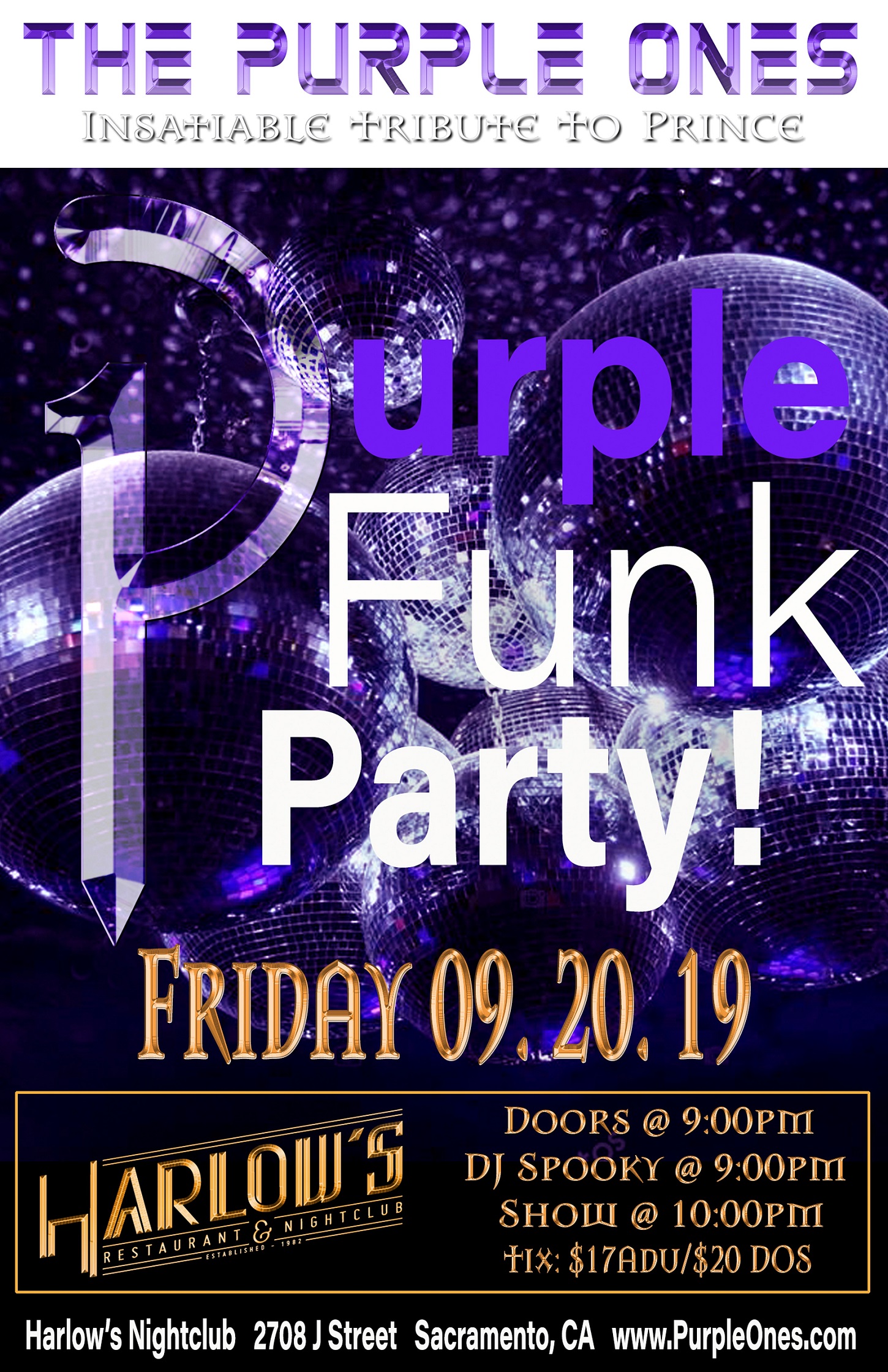 The Purple Ones - The Insatiable Tribute to Prince

The Purple Ones’ Purple Funk Party

Oakland California’s The Purple Ones treat the music and patented vibe of Prince’s legacy with the utmost respect. The musical dexterity of The Purple Ones – with 12 pieces on stage including a full horn section - delivers their own spin on Prince’s (and other Prince related artists such as The Revolution, The New Power Generation, Sheila E., Morris Day & The Time and the general Minneapolis Sound) live onstage in a way that has to be experienced to be believed. The Purple Ones is a group of world-class musicians that carries out the Purple Legacy of the MUSIC. TPO is NOT a typical tribute band. There is no impersonator or look- a-like, nor do they dress up in goofy costumes or wigs. The Purple Ones bring audiences to their feet, night after night, by speaking Prince’s musical language. energy, rhythm, creativity and of course…a serious dose of unadulterated funk. The Purple Ones tap into that soulful artistry like none other. The Purple Ones is a labor of love that was born in 2012 when Bay Area based bandleader and founder, Morty Okin (“The New Morty Show”, co-founder of the Michael Jackson tribute “Foreverland” and Neil Diamond tribute “Super Diamond”,) decided to focus all of his energy on building the greatest Prince homage on the planet. The Purple Ones have been selling out concert venues since their inception, growing a fan base over the years that includes long time Prince devotees and newbies that are just discovering the icon. Recently, Brown Mark and Matt “Doctor” Fink from The Revolution performed with TPO onstage and is not uncommon for the band to be joined on stage by “Honorary Purple Ones” like celebrity “Super Fan,” comedienne Margaret Cho and members of the artist’s extended musical family, including renowned percussionist (and brother of Sheila E,) Juan Escovedo who toured the world with Prince in the 80’s. The Purple Ones’ Musical Director is Prince’s former Musical Director, bassist/guitarist and co-founder of Prince’s “New Power Generation,” Levi Seacer Jr. Levi was with Prince for many years and is the only Prince band member to have played multiple instruments. Later, collaborating with Prince as a songwriter and Co-Producer on his projects. Now the lead guitarist and Musical Director of The Purple Ones, Seacer is determined to continue the musical legacy of his late friend and former band mate. He says one of the biggest keys to the authenticity is the ‘controlled chaos” that existed in Prince’s world that allowed for extreme creativity, “With Prince,” Levi says, “you tried everything. That’s the biggest thing I learned from him over all those years. If it doesn’t work you can always take it out, but if it does work…there’s no limit.”