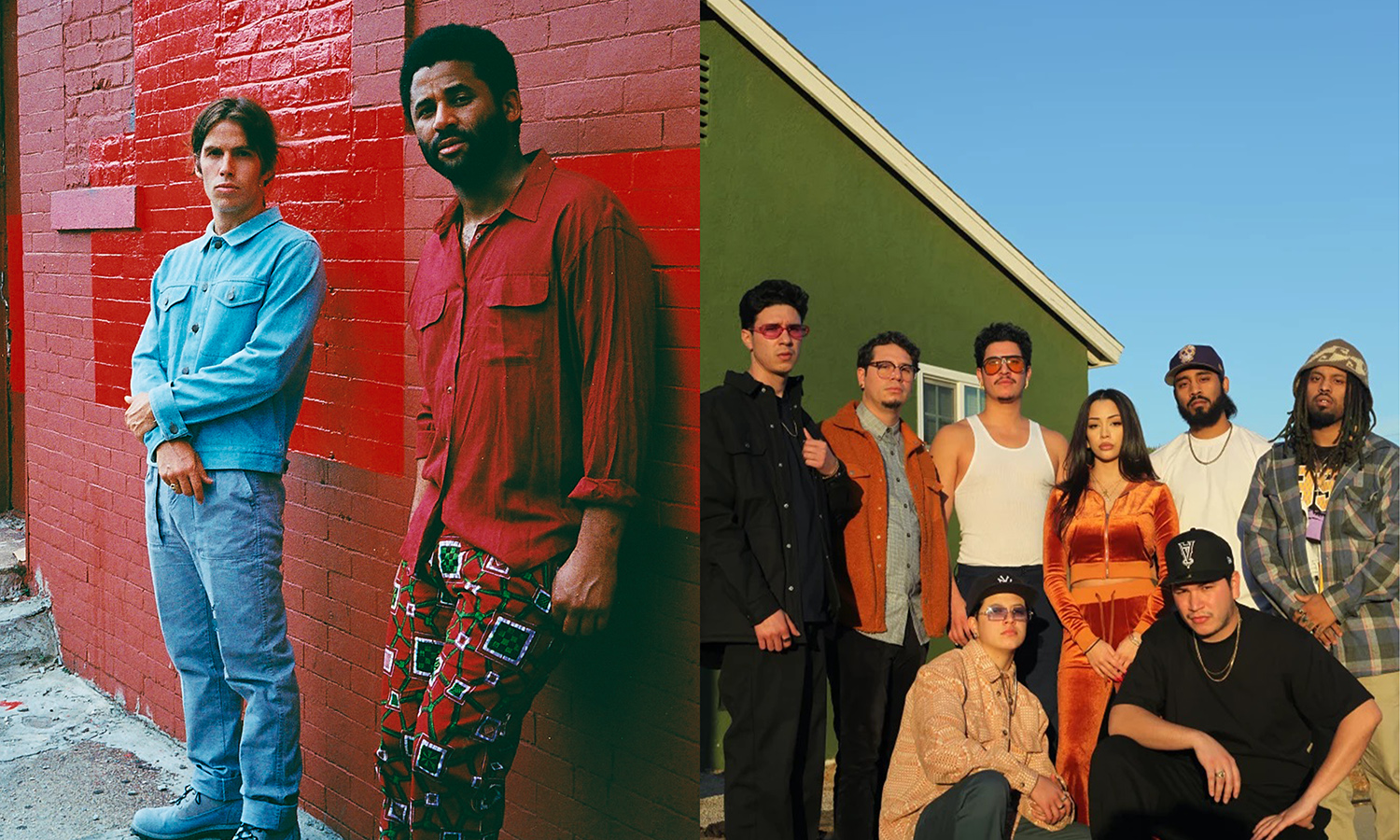 From the crummy and rude glory hole bandits of Newark's Penn Station to the cherry blossom lovers found just north of the city, there's a thread that stitches these disparate elements. Kids run across the boulevard as the soundtrack wafts over the streets. The few bucks forked over to the pregnant lady down on her luck could be the same notes used to cop a flavorful bouquet for a romantic conquest. The triggerman's itchy index is used both to spill rivals and thrill lovers. The Jack Moves are what this sounds like on wax.

Painted by a sound reflective of the city’s seaside soul and the Newark Jack Swing played from transistor radios and boom boxes placed on competing window sills, The Jack Moves (Zee Desmondes, Teddy Powell) narrative is artfully carried out on the band's sophomore offering and Everloving debut, Free Money.

As with most art created in earnest, the band's music has the ability to occupy spaces beyond its origin city. A vehicle spanning coasts and subcultures, perhaps unintended. Out west, it wouldn't be surprising to hear some Jack Moves ballad billowing from a lowrider during a backseat make-out session. Meanwhile in Japan, their hit song was hawking Big Macs™ at Mickey Deeznuts. The band’s self-titled Wax Poetics debut drew comparisons to "Off the Wall" era Michael Jackson, The Escorts and the Whatnauts. The Jack Moves then hit the road playing supporting dates, traveling the world. From Brixton Academy and Red Rocks Amphitheater, to the strange familiarity of the cherry blossomed avenues of Osaka and Tokyo.

And so it should come as something of a surprise that The Jack Moves would record most of their latest material on the fringe of Los Angeles, placing their intrinsically east coast essence into the hands of idiot-shaman and occasional platinum record producer, JP Plunier. But way out west the music was unshackled and this new sound was soul, untethered from the chains of the past.

Free Money twists and grooves, chugs and grinds, and sways - a modern, smashed-up hybrid devoid of nostalgic put-ons. Strangely enough this album could be the bastard child of The Stones “Some Girls” and Drake’s “More Life”. Underneath Powell’s sepia toned soul rhythms, Desmondes' honeyed vocals sing incantations and love letters to unbelievers ("Penn Station"), lovers ("Sunshine," "Red Lights"), ancient beings ("Three The Hard Way") and addicts — both digital and pharmaceutical ("Wantin' You,” "Money Clouds”) — all searching for something: a fix, a fuck, a dollar, a safe place, a friend, a home. Swipe left. Swipe right. Into a tangled void of fear and longing.

These are the songs young beat-choppers will be sampling in the post-millennial era.

Blood truly has proven thicker than water with Weapons of Mass Creation, the multifaceted, genre bending band always surprise their listeners when they reveal that of 7 members -- 6 are biological siblings, Bassist / Vocalist "Naps," Pianist / Producer "Crudo," Drummer / MC "Moe Buddah," Guitarist / Vocalist "BrothaLuis," Vocalist / MC / Femme Fatale "Joules," Saxophonist / Vocalist "Silas" make up the core of the Franco siblings. Their cousin, MC / Philosopher "Solitude" completes their deadly team. Blending Latin styles with thoughtful rap lyrics, they truly encompass a unique style reminiscent of their different yet complementary personalities. Described by fans as a mix of The Roots and Ozomatli. They sprinkle in influences like Nas and Javier Solis -- topping it off with some Lauryn Hill and Curtis Mayfield -- gracefully weaving in all their experiences through their compositions.

Easily another of the bands noteworthy attributes is their song writers' intellectual and introspective lyrical content. The band's long standing exposure to sociopolitical ideologies feeds the fire of their words and they utilize these ideas while nurturing their musicality to create their original works. They embrace all their intersectional identities of being 1st generation, Latinidad, blackness, womanhood, queerness, and putting these in the forefront of their artistry.

To further the scope of talent that these young artist command, WOMC has been working hard in the past few years to establish a precedent of DIY independence. Each member is multidisciplinary, adding something to the already well oiled machine. In other words everything is created in house, from the logo designs to the t-shirt printing. Have it be the lyrics, the melodies, every single note in production and recording, even mixing and mastering, all done independently!

Within these dynamics WOMC finds themselves quoting revolutionaries like Frantz Fanon and Gloria Anzaldua to cracking jokes while sipping 40 oz. This rawness is reflected within the music, one second taking the listener on a self-reflecting journey and the other dancing the night away to home-cooked cumbias. Together Weapons Of Mass Creation has built a truly revolutionary musical form of resistance for the people.