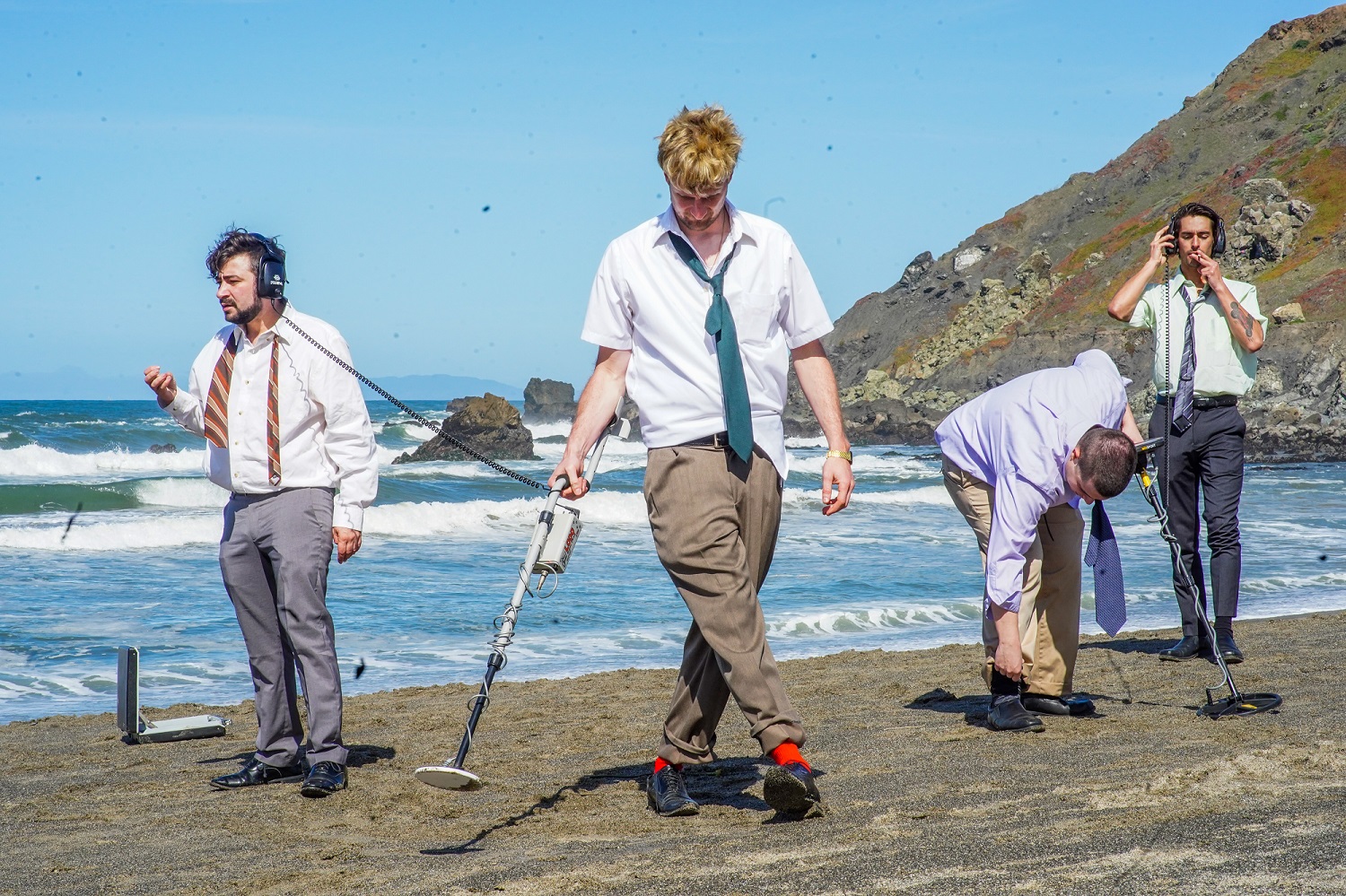 Underneath the indie-punk progressions and wistfully fun vocal melodies The Band Ice Cream’s captain, Kevin Fielding, has been quietly navigating the project through the growing pains of becoming a band that gives a shit.

After releasing their 2018 album lightheartedly named Numbskull, Fielding lost loved ones, relearned to walk and sing, and endured band personnel changes. Throw in the injustices that the pandemic and BLM movement brought to light and suddenly the jovialness of being a band that chose to give listeners a break from the harshness of life seemed meek. It was time for the sound of this quartet to evolve into something that looked them dead in the eye.

The Band Ice Cream is a meld of influences including Courtney Barnett, Parquet Courts, John Prine, Margaret Glaspy and the Silver Jews. Bursting arrangements filled with everything from screeching guitar feedback to symphonic percussion lodge themselves somewhere in your memory between a summer friendship and that one house show you left with a black eye. Though you can hear that they cut their teeth on the DIY scene, they’ve shared the stage with Sunflower Bean, Japandroids and recently toured with Hot Flash Heat Wave in 2021.

To date, TBIC has released 2 LPs but their upcoming third long play will be the first time they dip their toes into waters that come with a poignantly written, recorded and produced album. PLAY DEAD was tracked by Jack Shirley (Deafheaven, Jeff Rosenstock, Remo Drive) and produced by Tim Vickers aka Grandbankss (Tia Nomore, Ricky Lake).

Rounding out 2022 The Band Ice Cream will be touring in support of PLAY DEAD and hitting the studio to begin tracking their next album in December.