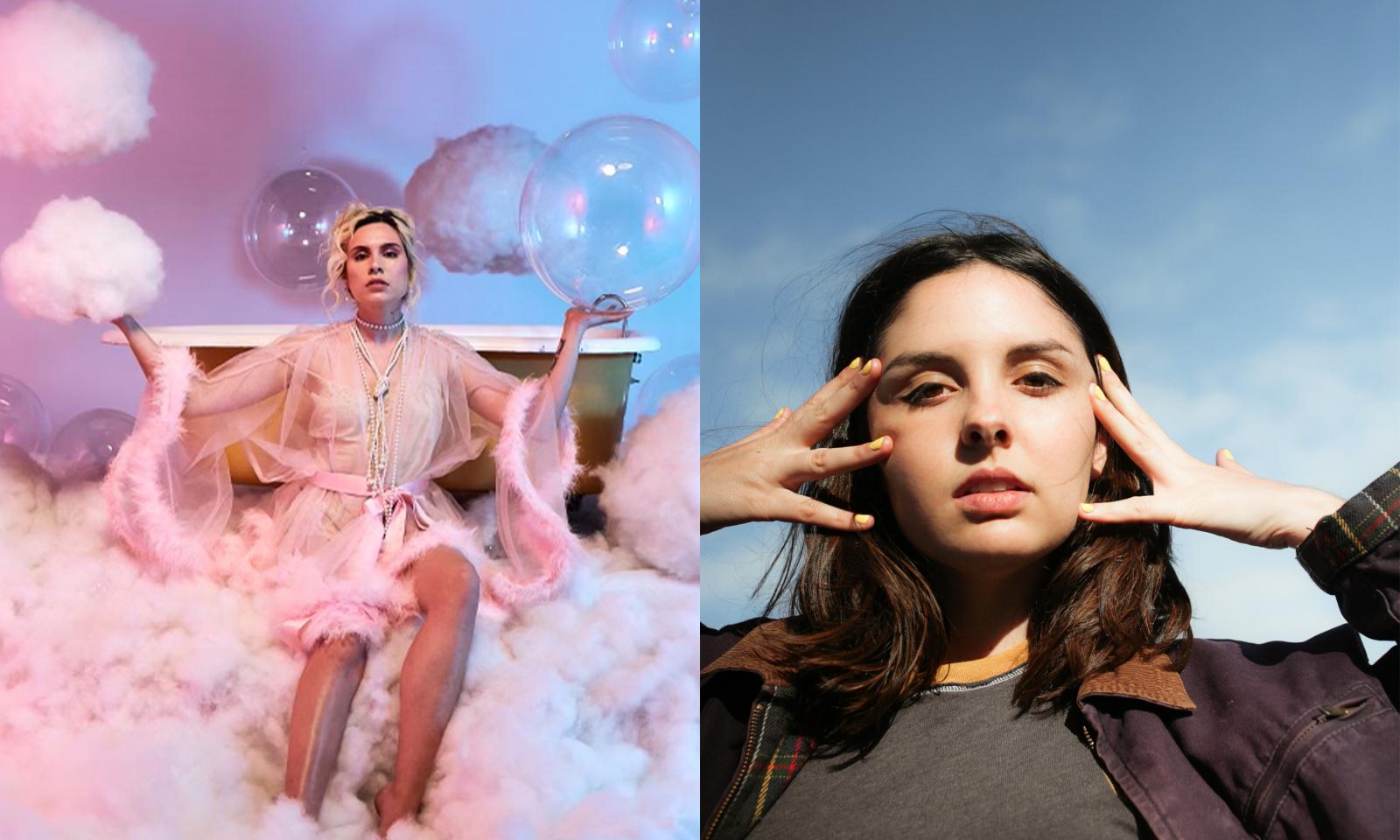 talker is the indie rock project of Los Angeles-based Celeste Tauchar – or as she calls it, “indie rock with glitter all over it”. The name is a nod to her last name, notorious in her family for being misspelled and mispronounced.

Starting out touring and playing for other bands including electro-pop group FRENSHIP, Tauchar quickly gained extensive performance experience at venues and festivals like Red Rocks, The Bowery Ballroom (NYC), The El Rey Theatre (LA), Lollapalooza, and Outside Lands.

After years of touring with Frenship and developing her own artistry, Tauchar began independently releasing music under the name “talker”, which received attention from such notable outlets as Billboard, NPR, Alternative Press, The A.V. Club, Grimy Goods, Buzzbands LA, We Found New Music, and more. Her first singles charted on HypeMachine and were featured on Spotify editorial playlists, all while being independently released and promoted by talker. ​

talker’s second EP “Wax” was released by Common Ground Records in March 2020. Coming out just in time with a few days to spare before the California lockdown began, talker celebrated the release with a set at LA’s beloved Emo Nite at the Echoplex. The A.V. Club named the track "Suck Up" "an absolute riot—Tauchar cinches up her verses so tight that her spring into the chorus is nothing short of ecstatic."

Throughout 2020, talker headed up to collaborator Dan Sadin's Ojai studio to work on her next record, "In Awe of Insignificance". The 8-song EP released on March 25th, 2022 and includes the singles "Sad Chick" "Summerlin", "Don't Want You To Love Me", and "My Meds". "Summerlin" reached #1 on KROQ Locals Only, and was featured on Apple Music's "New in Alternative" & "New in Rock" playlists, TIDAL's "Rising: Indie Rock" playlist, and several Amazon Music playlists.

"In Awe of Insignificance" is not only a musical body of work, but a visual universe as well. Every single has a video produced by talker, including "For the Sake of It", a new video released with the EP. Each video sees talker diving further into the landscape of each song and creating a world for listeners & viewers to immerse themselves in.

Along with the new EP, Spring 2022 will see talker release a new remix from Bartees Strange, and be a featured cast member in the Netflix film "Purple Hearts", playing herself as a keyboardist alongside Sofia Carson, Nicholas Galitzine, and Kat Cunning.

Maddie is an independent artist in Los Angeles, CA.

“Warped Tour needs more angsty queer love songs, and Maddie Ross is just the one to fill that gap.” - Vulture

“Liv Tyler herself is shaking.” - MTV