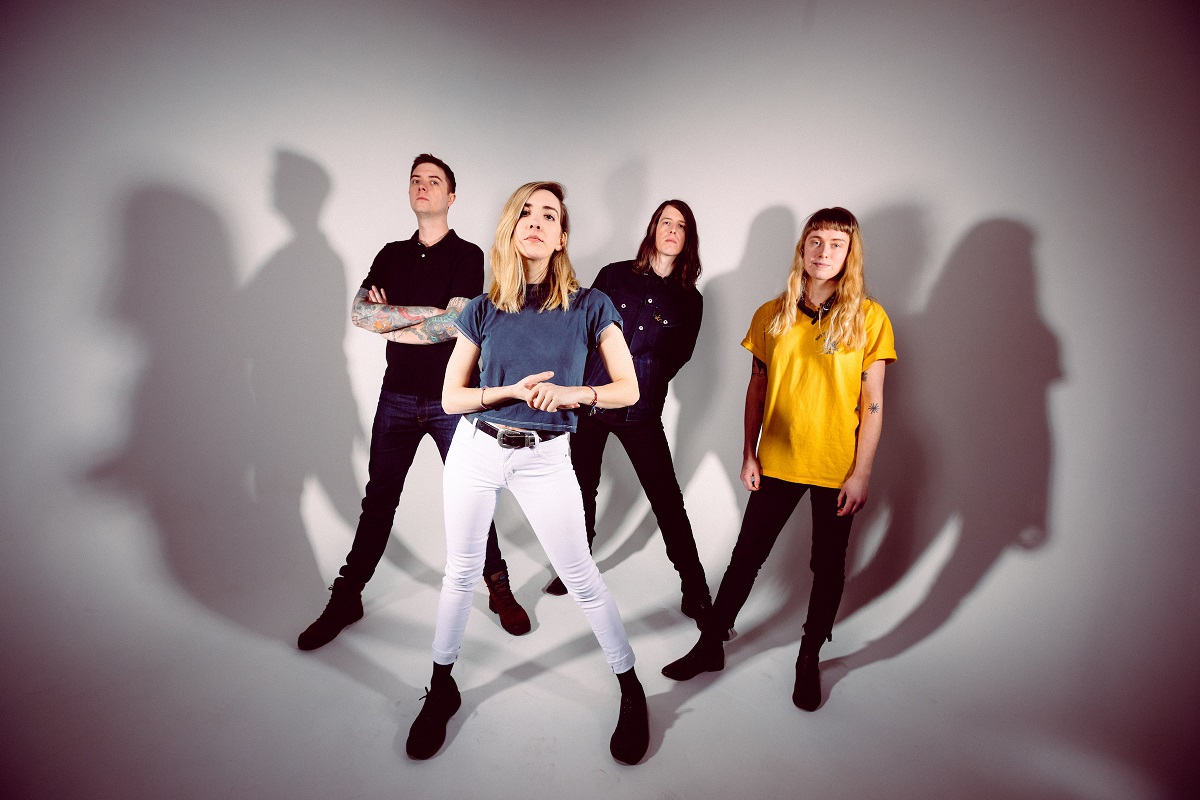 Summer Cannibals’ fourth album Can’t Tell Me No, out June 28th on Tiny Engines,is a defiant release whose very existence is the result of taking back power—after escaping a manipulative personal and creative relationship, guitarist/vocalist and bandleader Jessica Boudreaux chose to scrap an entire record that had been finished for over a year and start from scratch. “We had to sacrifice an album we’d worked hard on so that someone abusive and manipulative couldn’t benefit from it,” says Boudreaux. “It was, in a matter of 24 hours, making the decision to start something new or let them win.” Creation and determination prevailed; along with Cassi Blum, Devon Shirley, and Ethan Butman, Boudreaux wrote and recorded and mixed many of the new tracks during 14-hour days. She and Blum hunkered down in Boudreaux’s home studio, where they had been already been engineering records for other bands, and finished Can’t Tell Me Noas Summer Cannibals’ first entirely self-engineered and produced album. “Writing this record and making it ourselves was about liberation from the parts of an industry that have protected abusers for way too long, and about saying fuck you to the people who have invalidated my and so many others’ experiences of abuse,” says Boudreaux. “It's really easy for people to condemn the government and figures we see on the news,” says Boudreaux, “but those same people often fail when it comes to standing up to and calling out the people in their lives who are just as evil.” Songs like “False Anthem” confront this cowardice; “Hate who they are, say you hate what they do,” snarls Boudreaux against an insistent, hard-charging guitar, “but you love all the things that they promise you.”The Cannibals formed in 2012 and gained a fervent following on the local Portland scene, eventually playing with some of their musical heroes including L7, Mudhoney, Stephen Malkmus and the Jicks, and The War on Drugs, andtouring with Ted Leo & the Pharmacists and Cursive. They've played some major festivals including Sasquatch, Project Pabst and Riot Fest, and made their TV debut in 2016 on Last Call with Carson Daly. Along the way, they released 2013’s No Makeupand 2015’s Show Us Your Mindon their own label, New Moss Records, and 2016’s Full Of Iton Kill Rock Stars. Show Us Your Mindappeared on NPR’s Sound Opinions Best of list in 2015, and Pitchfork said that on Full Of It, the Cannibals“expertly balance flame-belching Mad Max riffage with lyrics frankly exploring questions of co-dependence and need.” Now with Can’t Tell Me No, the Cannibals are as honest and confrontational as they’ve ever been; though ironically, more harmonious as a band. With the inspiration and adrenaline driving the new album’s creation, the current members of Summer Cannibals are working together in a new, reinvigorated way. “This is the first time that we've had all four members who are really dedicated and care about their role in the band,” says Boudreaux. “We function as a unit and everything goes so smoothly. I think we all feel very supported.” That support comes through in the confidence on songs like “Like I Used To,” a self-assured anthem to the renewal that comes with independence and leaving violent toxicity behind you.Because where there is anger there is also hope, and Can’t Tell Me No is, as much as anything, about finding love and acceptance on the other side of pain. “Part of getting over my past has meant looking forward andletting myself know that I'm capable of love in the context of an honest, open and communicative relationship,” says Boudreaux. Songs like “Into Gold” encapsulate this; a warm,Be My Baby manifesto that promises “I’ll be the one to want to break this mold,pull you out of the dark and back into gold.” And on a larger scale, Can’t Tell Me No stands up not just to a relationship or an industry, but to the people and constructs that have been trying to silence women and hold them down for so long. “It’s about doing the right thing,” says Boudreaux, “even when it’s terrifying.” 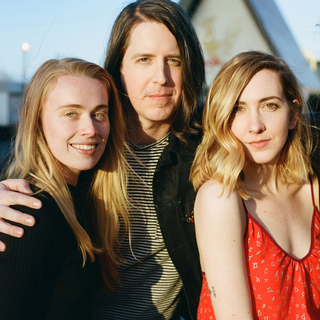 Summer Cannibals is a rock band from Portland, Oregon featuring lead singer and guitarist Jessica Boudreaux, drummer Devon Shirley (formerly of the bands The Photo Atlas and Red Orange Yellow), and bassist Jenny Logan. Their debut album, No Makeup, was released on New Moss Records on August 6, 2013. Their follow up sophomore album, Show Us Your Mind, was produced, recorded, and mixed by Larry Crane and released on New Moss Records on March 3, 2015. Hutch Harris from The Thermals named Show Us Your Mind one of his top 10 albums of 2015. The album received favorable reviews from critics such as Entertainment Weekly, which stated that the album featured “songs that refine the fuzzy garage-pop of its debut into something sharper, tighter, and much more difficult to shake off.”