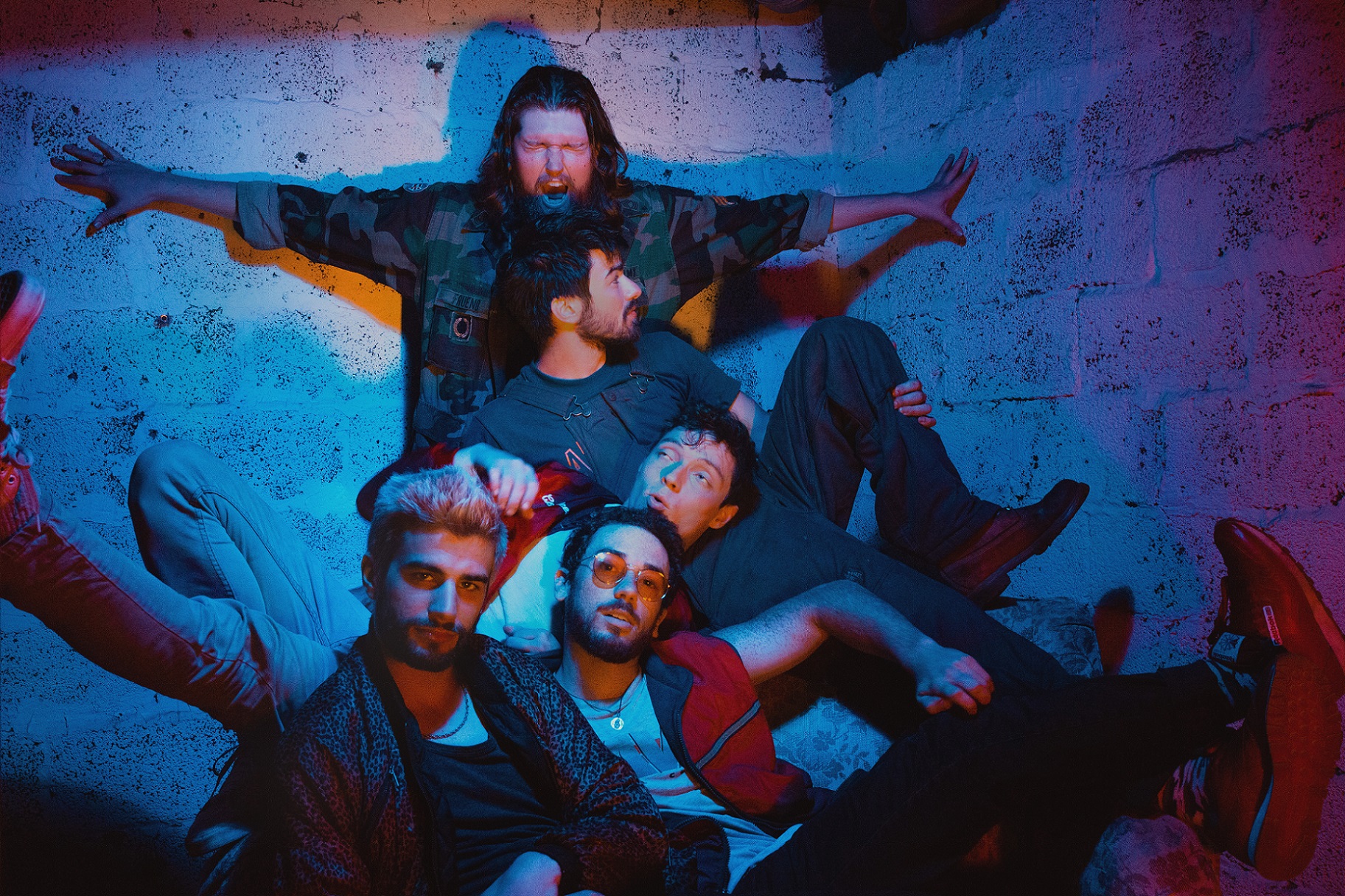 New Orleans-born quintet, Stoop Kids, has created a psychedelic conglomeration of genres that both honors and reinvents the classic sounds of hip-hop, doo wop, jazz, and surf-rock. The five-piece band is fronted by Griffin Dean, whose many hats include lead vocalist, guitarist, songwriter, and rapper. Rounding out the rest of the band are Thomas Eisenhood on baritone saxophone and harmonies, Sam Fruend on bass and harmonies, David Paternostro on guitar and keys, and Joe Tontillo on drums. With over 300 shows booked from Texas to the Atlantic over the past five years, Stoop Kids’ impressive touring résumé includes supporting slots for Galactic, St. Paul and the Broken Bones, Naughty Professor, and Stop Light Observations, as well as performances at Bayou Boogaloo and the New Orleans Jazz & Heritage Festival. Atwood Magazine praises their “comedically barbaric live performances,” which are unpredictable and theatrical to say the least. Their music is generational; they incorporate timeless sensibilities with accessibly catchy melodies and have developed what Pigeons & Planes describes as “a love letter to both doo wop and classic hip-hop.” Since the band’s inception, they have independently released two full-length albums and their most recent mixtape of genre-bending singles.