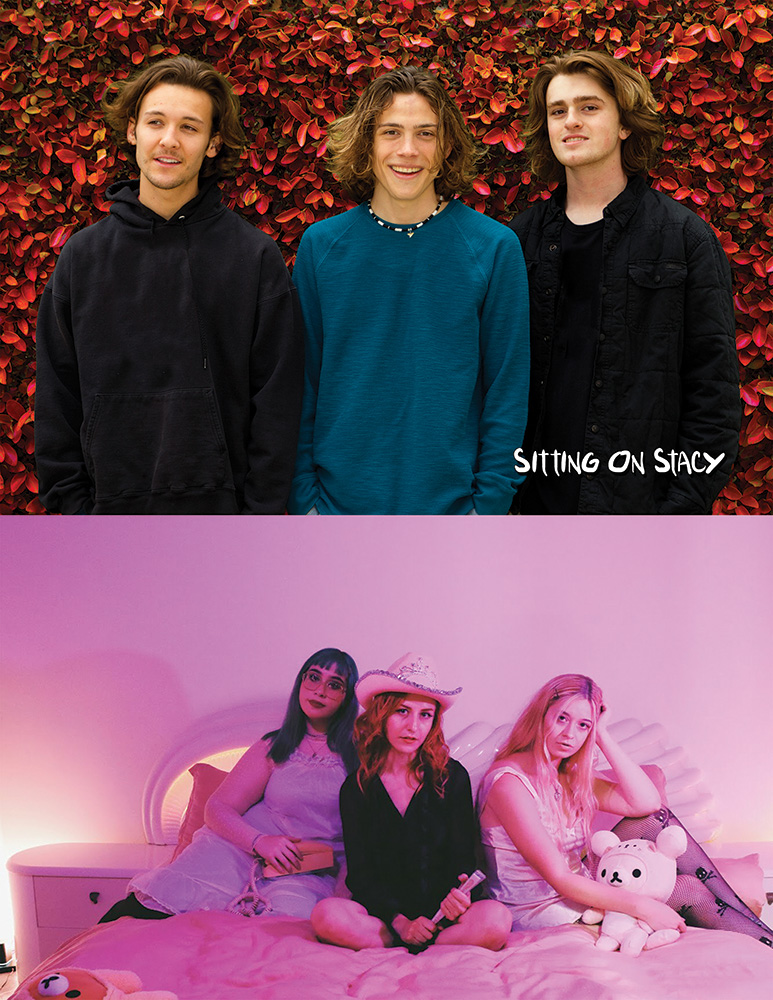 Sitting on Stacy & The Aquadolls
with Special Guests

Sitting on Stacy & The Aquadolls

"Sitting on Stacy, is a San Diego, California based rock/alternative band with a ska/surf vibe that formed in 2013. The band consists of original members Hoyt Yeatman (lead vocals/guitar), Kyle Hart (bass/vocals) and Trevor Smith (drums).

Sitting on Stacy is currently on tour with the Jonas Brothers. Sitting on Stacy has released albums, “Obsessed” and “Perfectly Sane” and an EP “Mel’s Neck of the Woods”. They’re known for their high-energy live performances."

The Aquadolls were founded in January 2012 by Melissa Brooks, the lead singer and songwriter for the band in La Mirada, California. Melissa began recording bedroom demos of her songs and eventually released We Are Free in early 2013, and then debuted her album Stoked on You in December 2014.

Following their sophomore album, they have self-released the single Suck on This in summer 2019, followed by their viral cover of Lash's Take Me Away in October 2020. In July 2021, The Aquadolls signed to indie label Enci Records and released their latest single Disappearing Girl, followed by Xmas Wrapping in November 2021, featuring members of NOFX and Fishbone.

Having opened for artists like Pennywise, Kate Nash, Vivian Girls, and X, playing festivals with Weezer, Rancid, Cat Power, and FIDLAR, touring with White Reaper, as well as headlining North American tours and playing local California shows, The Aquadolls are in-your-face and good vibes all at once with energetic performances that leave you anticipating the next show. The Aquadolls pack a punch with tongue-in cheek lyrics, hard-hitting licks, and soothing vocal harmonies that will guarantee a head bang from anyone listening.