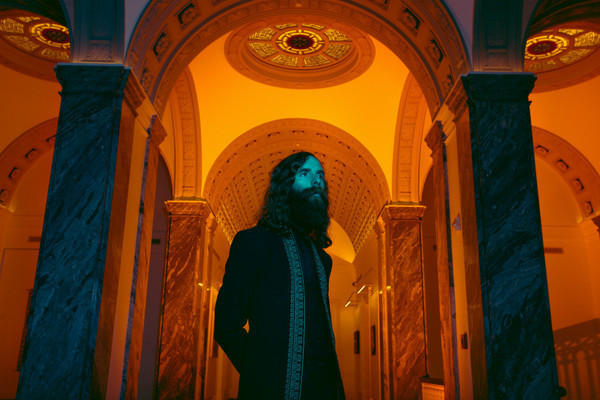 Saintseneca’s Zac Little has been thinking a lot about memory. Not necessarily his memories, though they creep in often, too. Rather, he mulls over the idea of memory itself: its resilience, its haziness, how it slips away as we try to hang on, the way it resurfaces despite our best efforts to forget.

Memory is the common thread running throughout the Columbus folk-punk band’s fourth album, Pillar of Na, arriving in late summer via ANTI- Records. Following 2015’s critically lauded Such Things, the new album’s name is rooted in remembrance, referencing the Genesis story of Lot’s wife who looks back at a burning Sodom after God instructs her not to. She looks back, and God turns her into a pillar of salt. “Na,” meanwhile, is the chemical symbol for sodium. “Nah” is a passive refusal and the universal song word. It means nothing and stands for nothing. It is “as it is.”

Like Lot’s wife, Little cannot help but revisit where—and how—he grew up. Raised in church in southeastern Appalachian Ohio, he took up preaching when he was still a teenager, sometimes in small country settings and other times to congregations of thousands. But these days he’s more interested in listening. And questioning.

Musically, Pillar of Na is Saintseneca’s most ambitious album to date, with Little aiming to incorporate genre elements he’d rarely heard in folk. “I wanted to use the idiom of folk-rock, or whatever you want to call it, and to try to do something that had never been done before,” Little explains. “To reach way back, echoing ancient folk melodies, tie that into punk rock, and then push it into the future. I told Mike Mogis I wanted Violent Femmes meets the new Blade Runner soundtrack. I’m looking for the intersection between Kendrick Lamar and The Fairport Convention.”

“You’re always going to be situated in the folk legacy,” Little continues, acknowledging his past recordings, which include three albums (the aforementioned Such Things, 2014’s Dark Arc, 2011’s Last) and three EPs (2016’s The Mallwalker, 2010’s Grey Flag, and 2009’s self-titled). “But let’s move forward. I’m not trying to make the lost Velvet Underground B-side. I want to find something that has never been heard before, or at least go down trying.” 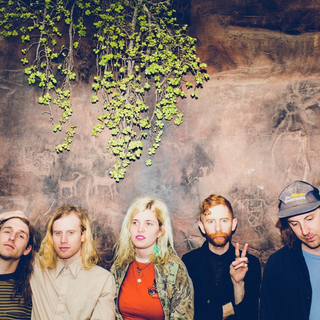 Saintseneca is an American folk rock band from Columbus, Ohio, that was formed in 2007 by singer-songwriter and multi-instrumentalist Zac Little. The current band is made of Zac Little, Steve Ciolek, Jon Meador, Maryn Jones, and Matt O’Conke. They are known for their diverse range of instrumentation in both their recordings, as well as in their live performances. The band have released three EPs and three albums Last (2011), Dark Arc (2014) and Such Things (2015). The band utilizes a wide range of acoustic instrumentation (balalaika, mandolin, dulcimer, Turkish Baglama, floor percussion) with more contemporary elements such as synthesizers and electric guitars.