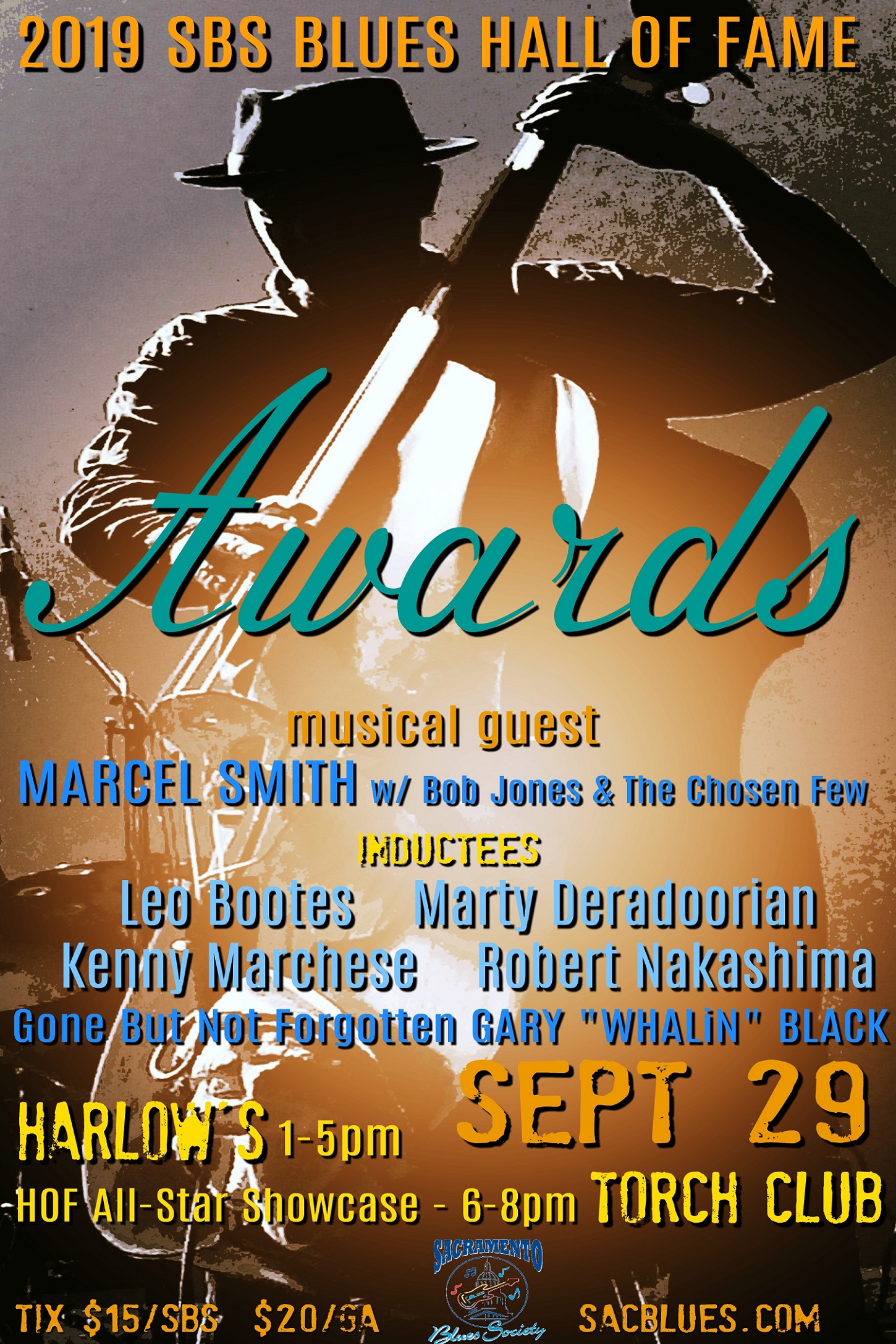 According to SBS Hall of Fame Chair Sally Katen, the Hall of Fame honorees are chosen each year in recognition of their contributions to the preservation and promotion of the blues in Sacramento for at least 20 years.

This years inductees are:

• Marty Deradoorian - Began his saxophone career with Jeffrey Osborne, and followed with stints with Albert Collins; he joined The Blue Flames with Ray "Catfish" Copeland (HOF) and Jimmy Morello (HOF). Now plays with Foxtrot Mary, and sits in with Red's Blues and The Hucklebucks.

• Kenny Marchese - Guitarist who co-founded the Shasta Blues Society, and in 1996 joined The Hucklebucks, moved to Sacramento and became a student of Johnny "Guitar" Knox. Is lead guitarist for The Kyle Rowland Band since 2009.

• Robert Nakashima - A guitar stalwart in the vibrant 1980s Sacramento blues scene, Robert brought in the dynamic young singer Marcel Smith to his band, The Soul Prophets The "Gone But Not Forgotten" Award this year recognizes Gary "Whalin' Black, a free spirit blues character right out of California novels.

Full bios of all inductees will be on the SBS website: http://www.sacblues.com/hall-of-fame/

His most recent CD, EVERYBODY NEEDS LOVE (Little Village Foundation) has received rave national reviews. Area audiences may recall his dazzling opening set for the UK's soul star James Hunter Six at Harlow's in Jan. 2019. Hunter watched in complete amazement and said, "I should be opening for him!!!"

As in years past, the after-event showcase/jam is at the Torch Club from 6 pm-8pm. The south wall of the Torch Club is the SBS Hall of Fame Wall where framed photos of all HOF winners are located.