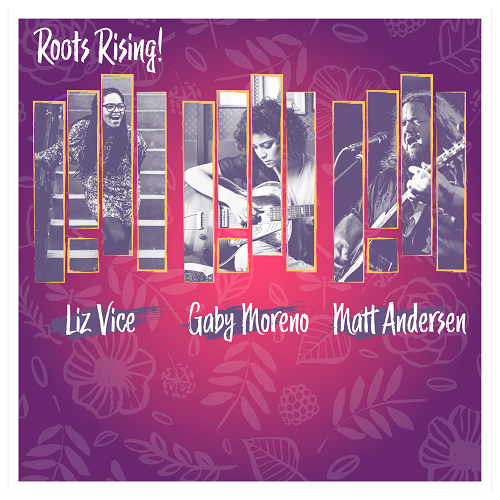 Matt Andersen
With over 2 million views on YouTube, independent sales over 30,000 albums, a 2013 European Blues Award, and winning Best Solo Performer at the Memphis Blues Challenge, it appears that the entire world is now discovering Matt Andersen. A powerhouse performer with a giant soul-filled voice and commanding stage presence, Matt has built a formidable following the old fashioned way – touring worldwide and letting the converted audiences and Andersen devotees spread his reputation through word of mouth. Now with Weightless, his debut album for True North Records, Matt’s music has been captured on record as never before.

Gaby Moreno
Born and raised in Guatemala, Los Angeles based Gaby Moreno grew up inspired by artists such as Ella Fitzgerald, Nina Simone, and Aretha Franklin. She immersed herself in blues, R&B and 60’s Soul and learned to speak English by singing the songs she loved.
Her original blend of Jazz, Blues and 1960s Rock & Soul has earned her the respect and appreciation of audiences in Latin America, Europe and U.S. In 2013, she received a Latin GRAMMY for Best New Artist. Previously in 2006, she won the Grand Prize at the John Lennon Songwriting Contest. Moreno also co-wrote the theme song for NBC's hit television show "Parks and Recreation".
Gaby Moreno has toured across the globe alongside artists like Tracy Chapman, Ani DiFranco, Ricardo Arjona, Van Dyke Parks, The Punch Brothers and Calexico. Most recently she performed at David Byrne’s Meltdown Festival in London and Washington DC’s Kennedy Center.
Gaby released and toured Ilusion all of 2016. Ilusion is produced by Gabriel Roth from Daptone Records and Sharon Jones & The Dap Kings camp. Armed with a warm, soulful horn inflected sound- Moreno creates a unique lane of music that straddles both the English and Spanish speaking world and blazes an intoxicating invitation into her musical world.