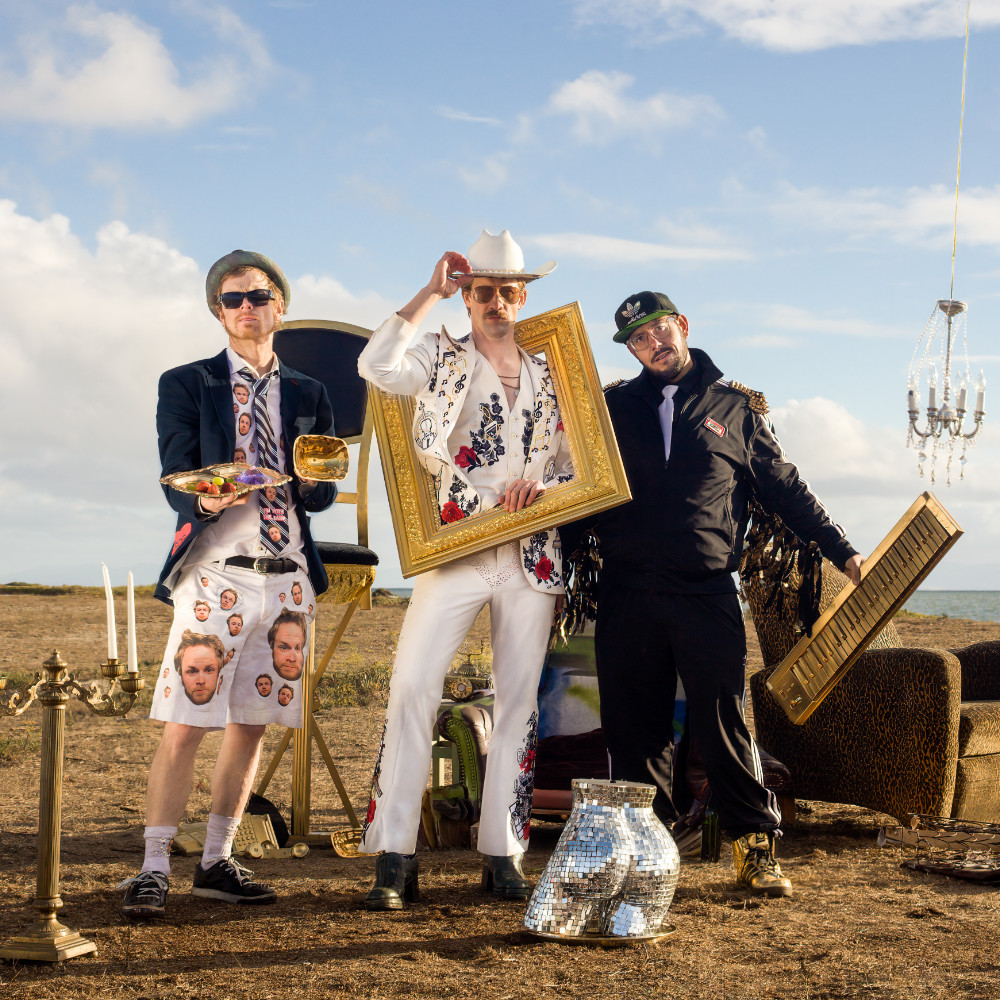 Planet Booty
with Smokey the Groove

Planet Booty’s core trio — Dylan Charles Germick, Josh Cantero and Rob Gwin — combine multiple live instruments and electronics into a mixtape of pop, R&B, 90’s house, 70’s funk and classic hip-hop that might have been made by your strangely attractive high school gym coach. Their fourth full-length album “YES”, released in September 2021 and featuring an all-star cast of national and Bay Area musicians, is Planet Booty’s most mature and articulate delivery of their unique brand of irreverent west coast party funk preaching body positivity and acceptance.

With their fall 2021 “YES” Tour the Booty boys are salivating to get back to what they do best: converting the masses into believers in the power of music, themselves, and the still-flickering possibility of finding joy in this world.