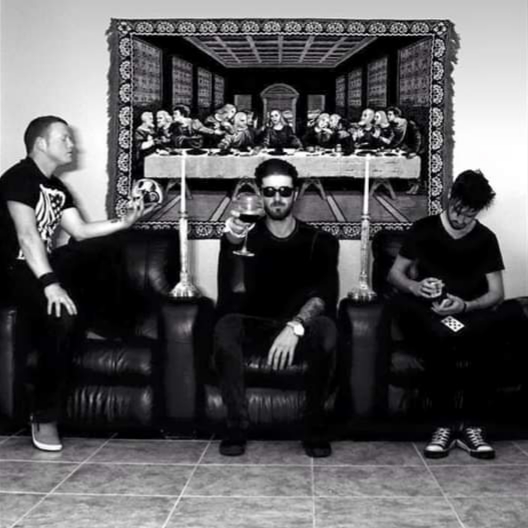 ONOFF are a power rock trio hailing from Ireland and have been living and touring the US west coast for a number of years. Since their move across the pond to Sacramento California, ONOFF have built a strong fan base due to the their energetic live shows and constant touring and momentum continues to gather speed. With multiple appearances on prime time TV and extensive airplay on major radio stations, ONOFF are gaining new fans across the U.S by the second. 'REBORN' was the bands first US album releas8e and in its entirety was wrote, recorded and mixed in California. 'Keep that Fire Burning' is the opening track from the album and was released in April 2017 and was accompanied with a video shot at the bands H.Q featuring fans and friends. 'Don't Look Surprised' is another track from the album and was voted 5th most requested song of 2017 on 98 Rock, one of California's biggest rock radio stations. Catch the bands explosive live show at HARLOWS December 19th