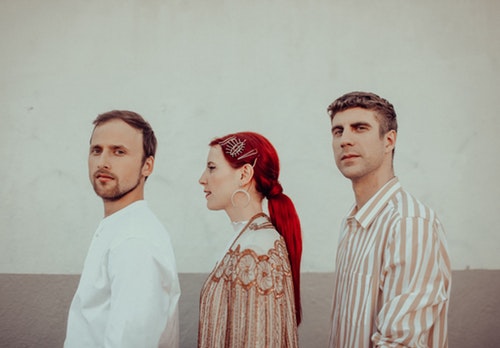 “Yet another stellar piece”– SAINT HERON

‘Voyager’ is the third full-length album from LA’s Moonchild, whose candid style of soul and new-school jazz has propelled them onto a swirling, emotionally charged journey of the heart. Since 2014 they have dedicated their time and energy into honing dreamlike and ethereal compositions which explore the intricacies of relationships with emotional nuance. The band cites influences like D’Angelo, Hiatus Kaiyote and J. Most as playing a key part in expanding the group's musical horizons which none more evident than on ‘Voyager’.
Following two years after their widely-praised album ‘Please Rewind’, the album marks a new level of maturity in the band’s sound. Building on their trademark sound, the band brought in a harpist and string players to their usual line-up, enriching standout motifs; these range from the importance of making time for loved ones, to the feeling of waking up in the middle of the night and missing someone, to the deep bonds shared between mother and child.
Since cementing themselves into the vibrant LA soul scene, Moonchild have released two albums and collaborated or toured with highly-respected names in the soul-jazz crowd including Stevie Wonder, Jill Scott, India.Arie, Leela James, The Internet (Odd Future’s Syd tha Kyd & Matt Martians) and more. Along the way, Moonchild have accumulated a host of iconic supporters from Robert Glasper and Laura Mvula to James Poyser, Jazzy Jeff, Jose James, 9th Wonder and Tyler, The Creator who have all shown love for the band.

Since finishing the new album, the band are looking forward to announcing a string of tour dates across USA, Europe and Asia. “We feel like we progress and get better with each album and we’re really excited to put this out.” Andris enthuses.