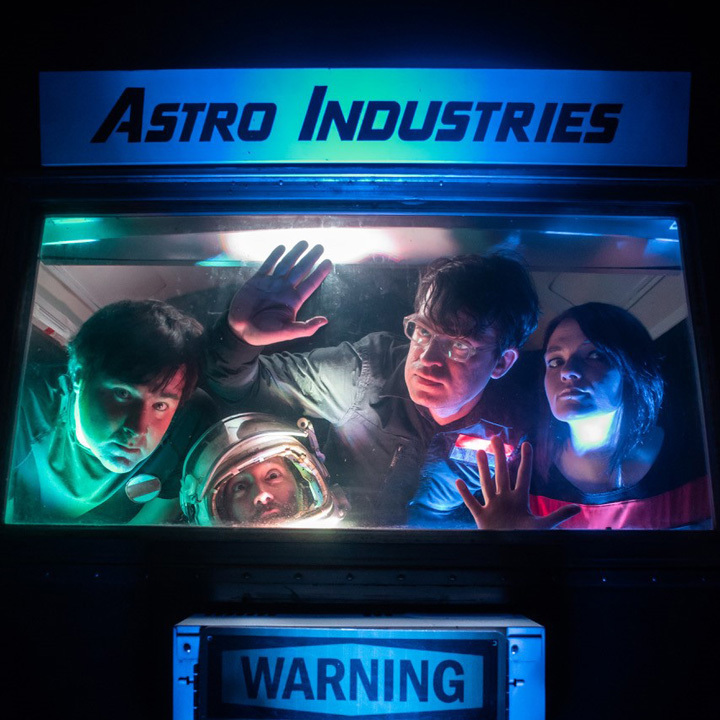 MAN OR ASTRO-MAN?
with Special Guests

There is an undeniable connection between the South and occurrences of extra-terrestrial form. From other worldly jazz guru Sun Ra, to German rocket scientist Wernher von Braun, Alabamahas always had more than an ample share of connections to outer space. Such is the case with Man or Astro-Man?, who arrived in a small college town in Alabama some years ago. In order to integrate into human society, they would have to downplay their true identities and take on aliases, most conveniently in the form as students. While studying industrial design and film, the group began formulating a mode in which to learn more about their new earthly environment.

Soon the group became immensely attracted to pop culture and decided that the cliché of a being a rock band would provide a perfect vehicle in which to traverse the globe and further their research. Full integration into Earth society would thus commence for what was soon to be known to the world as Man or Astro-Man?

A discovery of records long stashed away at various dilapidated thrift stores inAlabama lead the entities of Man or Astro-Man? to the scratched-up sounds of Link Wray, The Ventures, Dick Dale, Duane Eddy, The Marketts, The Safaris, and other instrumental guitar oriented music of the late fifties and early sixties. Instrumental music provided a great escape from the sappy, pretentious lyrical drivel emanating from the (then newly christened) 'alternative' FM radio. At the same time, offbeat stage set ups and designs by Kraftwerk, The Spotniks, The Residents, Devo, Sun Ra, and The B-52s had a great impact on the rapidly developing troupe.

Around this embryonic time, Man or Astro-Man played innumerable shows in the Southeast with a scene of bands that included Southern Culture on the Skids, The Woggles, Hillbilly Frankenstein, The Subsonics, and The Flat Duo Jets. Developing around the liberating resurgence of the no bullshit sounds of surf and garage music, MOAM soon caught the attention of Estrus Records owner Dave Crider. He was taken with the band's teenage caffeine-induced energy and punkish take on instrumental surf music. Crider ended up releasing their debut full-length simply entitled, 'Is it...Man or Astro-Man?' (1993). The Estrus Records aesthetic that revolved around the art and packaging concepts of designer Art Chantry fit perfectly with the Man or Astro-Man? modus operandi. 'Destroy All Astro-Men' (1994) and 'Project Infinity' (1995), and several EP's were released by Estrus.

Faced with licensing issues inEurope, MOAM embarked on a search for a new record label. From their recent shows with The Jesus Lizard and the Mekons, the band was alerted to Touch and Go Records and their artist-friendly business practices. Upon visiting the fine earth people of Touch and Go, the band decided it would indeed be the best possible label on which to release all future albums.

'Experiment Zero' (1996) was Man or Astro-Man's debut for Touch and Go. Recorded in three days with engineer Steve Albini at the Zero Return studio in Alabama, it stands tall among the great modern instrumental guitar records. After its release, the band began to evolve at a greater velocity than ever before. They morphed by extending their use of samples, computer programming, homemade instruments, electronic gadgetry, tape splicing, and other bits of random archaic technology. Both the '1000X' EP (1997) and 'Made From Technetium' (1997) were darker steps into the futuristic soundtrack music realm.

Over time, Man or Astro-Man? has done countless bits of film and soundtrack work including compositions for Nickelodeon and The Cartoon Network(SpaceGhostCoastto Coast and The Adventures of Jimmy Neutron). Members of Man or Astro-Man? have started record labels - Warm Electronic Recordings; recording studios - Zero Return; bio-diesel fuel centers -vegenergy.com; and have written for numerous publications including Chunklet, CMJ, and The Melody Maker. 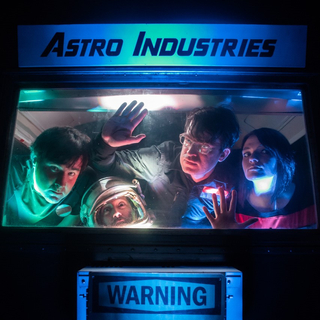 Some years ago, a young collective of extraterrestrials arrived on this planet and happened upon a small college town in Alabama. Home to both otherworldly jazz guru Sun Ra and rocket scientist Wernher von Braun, it is clear that Alabama is a direct linkage to outer space. In order to integrate into human society, these aliens would disguise themselves as a rock band, the perfect vehicle in which to traverse the globe and further their research. They would soon be known to the people of Earth as Man or Astro-Man?.

Unearthing thrift store records by the likes of Link Wray, The Ventures, Dick Dale, Duane Eddy, The Marketts & The Safaris - Man or Astro-Man? began to formulate their own blend of the retro-futuristic inspired by their offbeat musical discoveries. Innovative stage sets and designs by Kraftwerk, The Spotniks, The Residents, Devo, Sun Ra, and The B-52s also had an impact on the emerging ensemble.

Man or Astro-Man? began playing countless shows in the Southeast with bands like Southern Culture on the Skids, The Woggles, Hillbilly Frankenstein, The Subsonics, and The Flat Duo Jets. The group soon caught the attention of Estrus Records' owner Dave Crider who released their full-length debut, Is it...Man or Astro-Man? (1993).

The label's design aesthetic revolved around the other-wordly concepts of designer Art Chantry whose works melded perfectly with the Astro-minds. Destroy All Astro- Men (1994), Project Infinity (1995), and several EP's were also released by Estrus.

Touch and Go Records released all later Astro-transmissions. Experiment Zero (1996) was recorded in three days with engineer Steve Albini at Zero Return Studios in Alabama. Now drawing influences from the future (as well as the past), the band began to extend their use of samples, computer programming, homemade instruments, electronic gadgetry, tape splicing, and other bits of Earth technology. Both the 1000X EP (1997) and Made From Technetium (1997) were darker steps into the futuristic soundtrack realm.

Now, Man or Astro-man? have returned to Earth and unveiled their finest recorded work to date. Defcon 5...4...3...2...1 is here now with a striking validity that the band is unquestionably as both tuneful and energetic as they ever have been. The record combines ever-familiar Astro audio tones and the well-established playing ferocity that the band is known for, but yet now, there is an undeniably evolution to the band that is both intuitive, logical and well crafted. Man or Astro-man? has arrived in the present (and future, of course) with imminent purpose. And of course, they still bring an over-the-top, sensory overloaded show, which has always gained them a reputation for always being an undisputedly amazing band to see live.