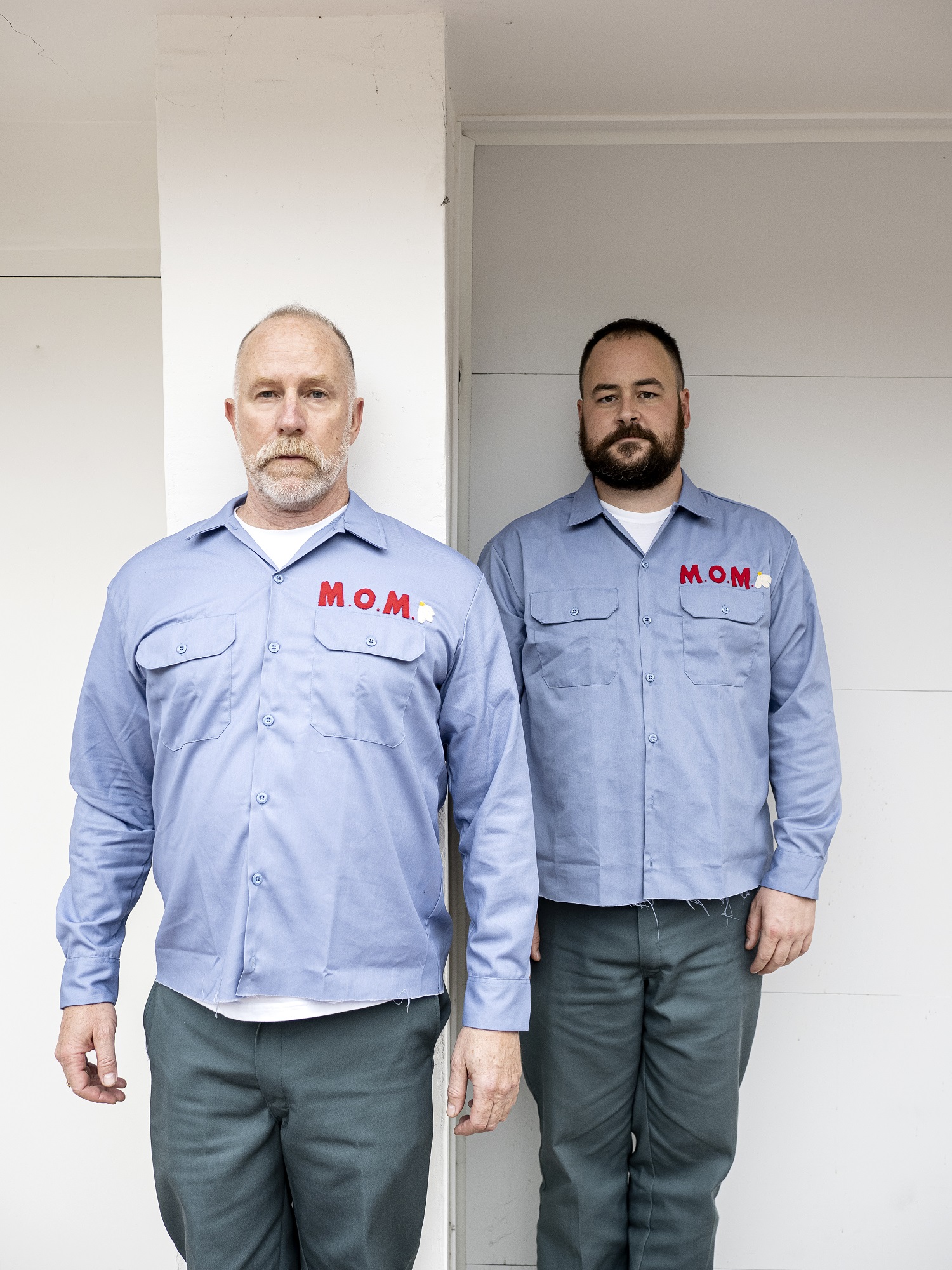 Man on Man
with Special Guests

Two bodies dancing hot in the New York City winter before being pushed inside for the rest of 2020. Two hearts that, in the span of 6 months, faced the loss of both of their mothers, the matriarchs that bore them to this planet full of wonder. They held on tight to the beauty of living, together. With this shared language and the confines of quarantine they lost and loved even harder. Battling packed boxes and lost jobs, the two celebrated their tragic journey with broad shoulders forcing power chords and the harmonized chants of utter release. They huddled together for the future while leaking their hearts into pop melodies that collide effortlessly with both a shared melancholy and simultaneous hope.

MAN ON MAN (also M.O.M.) is a new gay lover band made up of Joey Holman (HOLMAN) and Roddy Bottum (Faith No More, Imperial Teen, CRICKETS, Nastie Band). Their upcoming self-titled record, ​MAN ON MAN,​ is infused with indie-rock distortion and soaked in gay pop confidence while still maintaining the acerbic and pure sense of humor they both share. M.O.M.‘s music videos take their magical collaboration to another level with otherworldly cinematographic dimension, and of course, the subversive playfulness of two gay lovers unmistakably flirting with their audience and each other. Upon the release of their debut single, “Daddy”, their video (chock full of the pair dancing seductively in their white briefs) was removed from YouTube for violating their “sex and nudity policy.” At this moment, the band solidified their political visibility as queer artists who are not ok with being silenced or removed from history because of their age or size. Bottum told Rolling Stone, “​There’s enough representation in the gay community of young, hairless pretty men.​” Roddy and Joey’s love for each other and their own bodies, histories, and truths are what make this project so tender and lovable.

MAN ON MAN’s music transcends both genre or decade, creating a timeless appeal for so many kinds of listening. The varied influences and textures of the record are a meditation on the myriad of emotions of lockdown, as well as this particular moment in their own lives, collectively and independently. The shoegaze whirlpools of “Stohner” transition into the square wave synths of “1983” with ease, while tracks like “It’s So Fun (To Be Gay)” open us up to a new type of queer anthem for the 2020s.

It is hard not to be captivated with MAN ON MAN’s story, as they pass through pandemic lockdowns in a rented pickup truck. Through hotels, rest stops, mountaintops, desert mirages, back roads, beaches, and hospital rooms, the layering of space and time allows us to grasp onto each moment individually and together as a whole. When we fall into their world (which was self-produced with mix support by Grammy-award winning producer Carlos de la Garza ), we witness MAN ON MAN’s deep intensity of falling in love while mourning, and the epic collaboration of two lovers that traverse the map of a COVID road trip.

MAN ON MAN is more than a band, it is a partnership of two beautiful queers who are committed to creating a language that is both musical and visual, and that transcends what we know of gay music at exactly the cultural moment we need them. As individuals, lovers, sons, community pillars, and human beings, M.O.M. are a womb to be reckoned with.