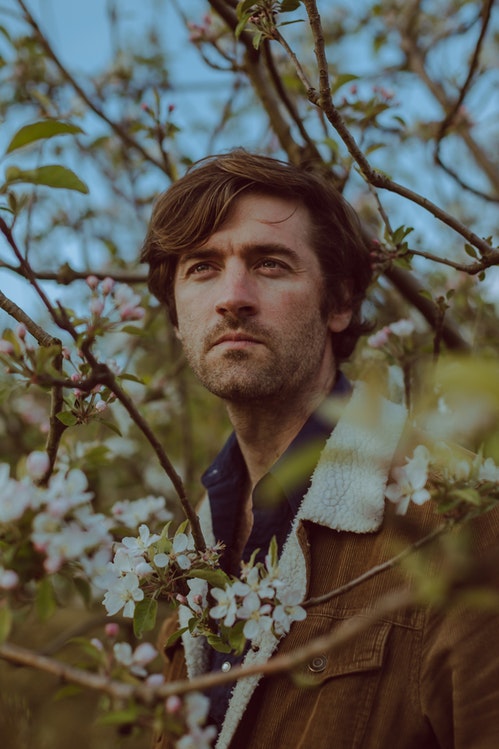 “…the lovechild of John Prine and Mitch Hedberg with a vagabond troubadour edge.” – The Stranger

“Craigie’s latest, “I Am California,” is haunting, poetic, and just how a longing for California should sound. Draped in nostalgia and covered in memories, Craigie paints a beautiful homage to the Golden State, with the assistance of singer Gregory Alan Isakov.” – Impose Magazine

“You can be sure I’ll be on the lookout for anything he does from now on.” - No Depression

Renowned for his eloquent Americana style, engaging live shows, and off-the-cuff clever observations, John Craigie carries on the legacy of classic singer-songwriters, while blazing a trail of his own.

Recently, that trail twisted and turned into new territory for the Portland, OR performer who The Stranger appropriately dubbed, “the lovechild of John Prine and Mitch Hedberg.” His music speaks loud to both audiences and fellow artists. Todd Snider notably hand-delivered a gift on-stage, and Chuck Norris has sent fan mail. His fifth full-length album, No Rain, No Rose boasted two collaborations with Gregory Alan Isakov, namely “Highway Blood” and “I Am California.” The latter quickly cracked 200K Spotify streams and counting, as his knack for a captivating narrative and rustic aural palettes powered the 13-track offering together.

“It’s about transparency,” he explains. “The storytelling enables listeners to relate. Really good music doesn’t make you feel good; it makes you feel like you’re not alone.”

As No Rain, No Rose landed, he caught the attention of none other than Jack Johnson. Through a serendipitous series of events, Craigie’s 2016 live effort Capricorn in Retrograde… Just Kidding… Live in Portland landed in Johnson’s car stereo during a California coastal road trip.

Shortly after, Jack reached out and Craigie soon found himself onstage for 12 shows during Johnson’s 2017 summer tour including performances at The Greek Theatre in Berkeley, California and The Gorge in Washington state. Along the way, he earned acclaim from SF Weekly, Seattle Times, AXS, and more. Festival appearances also include Oregon Country Fair, Kate Wolf Music Festival, High Sierra Music Festival, Burning Man, and many others.

When Craigie plays, it’s one of those special shows that can make you laugh and cry in the same song. It’s a musical journey that can’t be denied.

Their eclectic style fluctuates from song to song; drawing from their life experience they write about being potters’ daughters, the sway of the subconscious, imagined superpowers and a chicken friend named ‘Rose.’ Shook Twins also pull out unexpected covers on classic hits as well as their friends’ songs, and get-down to rhythm driven dance numbers with their 90’s hits female supergroup, Sideboob (w/ Mimi Naja of Fruition, Allie Kral of Yonder Mountain Stringband and Kat Fountain). Katelyn and Laurie are the main songwriters, but they also back up their band member Niko Daoussis (Niko Slice), adding his uniquely compelling songs to the mix.

Story-of-the-EggAfter releasing their first album You Can Have the Rest, the twin sisters moved to Portland where they released Window (featuring Bonnie Paine and Bridget Law of Elephant Revival). Both albums were recorded and produced in Santa Cruz, California, at InDigital Studios with Brody Bergholz and Mason Rothchild. Shook Twins recorded their third album, What We Do, with Grammy nominated producer Ryan Hadlock at Bear Creek Studios. They are currently recording new music at Hallowed Halls in Portland, OR with Justin Phelps.

Spanning the spectrum from distinctive and genuine to amusing and whimsical, Shook Twins’ laid-back and fun stage presence draws the listener in, allowing them to take the audience on an adventure. 2016 is gearing up to be an exciting year for them; besides opening up for Greensky Bluegrass on a 13 show tour, they are also supporting Keller Williams for several shows in Northern California, and playing Red Rocks Amphitheater with Gregory Alan Isakov and Ani Difranco. They are looking forward to a Spring tour in Europe where they’ll be playing two festivals in Germany and six shows in the UK. Festivals for this year include WinterWonderGrass Tahoe (CA), Huckleberry Jam (ID), Safety Harbor Fest (FL), Apple Jam Music Festival (OR), Beaverstock (CA), Summer Camp Music Festival (IL), Revival Fest (MN), Northwest String Summit (OR), Fayetteville Roots Festival (AR), Summer Meltdown (WA), Oregon Country Fair (OR) and more! Keep an ear out for their new single “Call Me Out,” recorded at Indigital Studios.