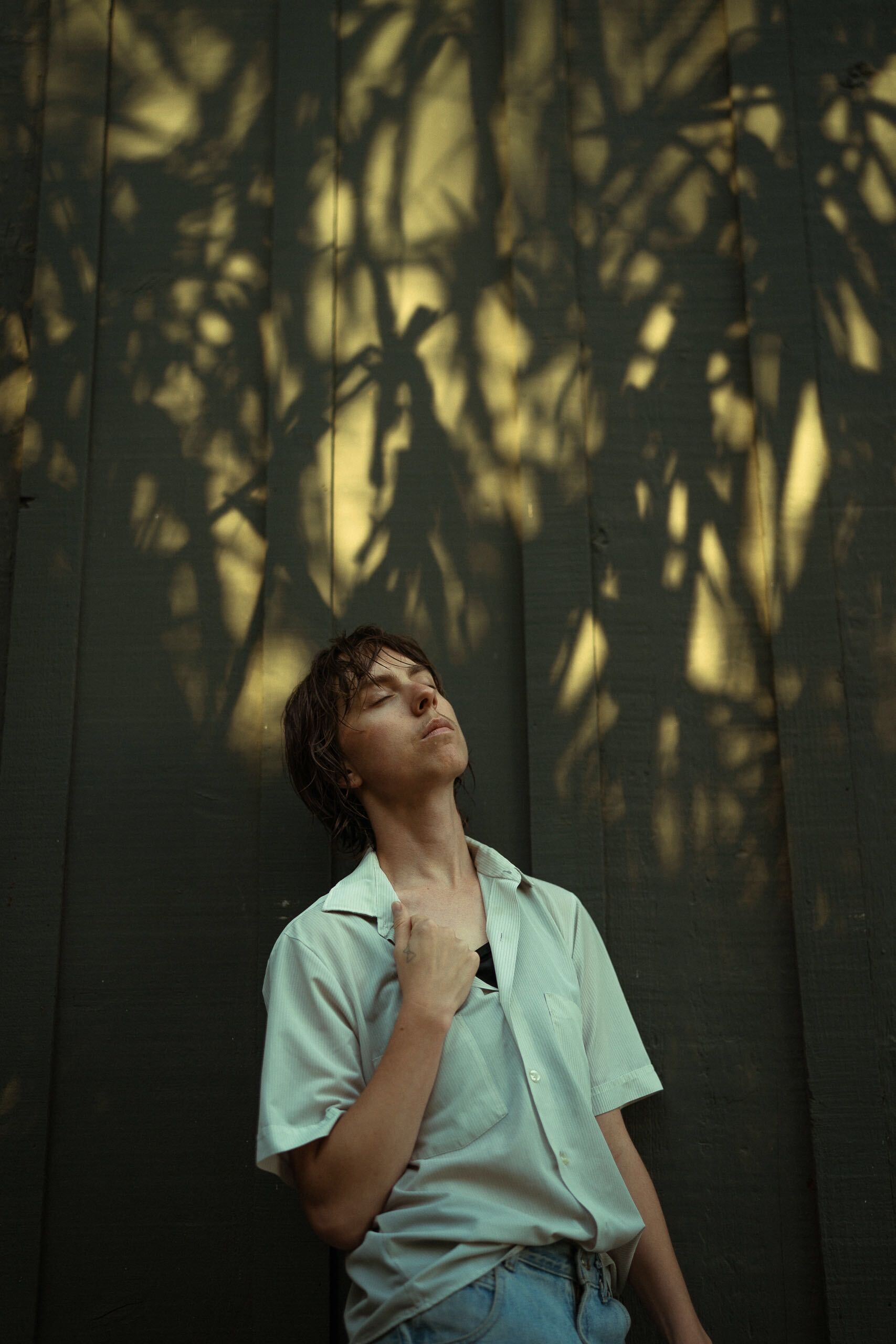 Hand Habits is the songwriting outlet of guitarist Meg Duffy. Fun House is Duffy’s most ambitious Hand Habits album to date. Produced by Sasami Ashworth (SASAMI) and engineered by Kyle Thomas (King Tuff), the record was not intended as a reaction to the pandemic, but it was very much the result of taking a difficult, if much-needed, moment of pause. While Fun House shares some of the same hallmarks as previous Hand Habits releases —a kind of outré queer sensibility, a gentle sense of vulnerability — the record is a marked sonic departure from the often-muted tones of 2019’s Placeholder and 2017’s Wildly Idle (Humble Before the Void). The eleven tracks on Fun House sparkle, moving in unexpected directions and represent the turning of a corner, a means of processing grief, trauma, and recovery while coming to a deeper understanding of one’s own history and what it means to step into your own power.

In addition to their Hand Habits project, Meg has toured as a guitarist with Sylvan Esso, and has recorded on an extensive list of albums including features on War on Drugs, Weyes Blood, William Tyler, Fruit Bats, and many more. In 2020, Meg joined Perfume Genius as a touring guitarist and has already found the release of a collaborative instrumental album, yes/and (Driftless) with Joel Ford.