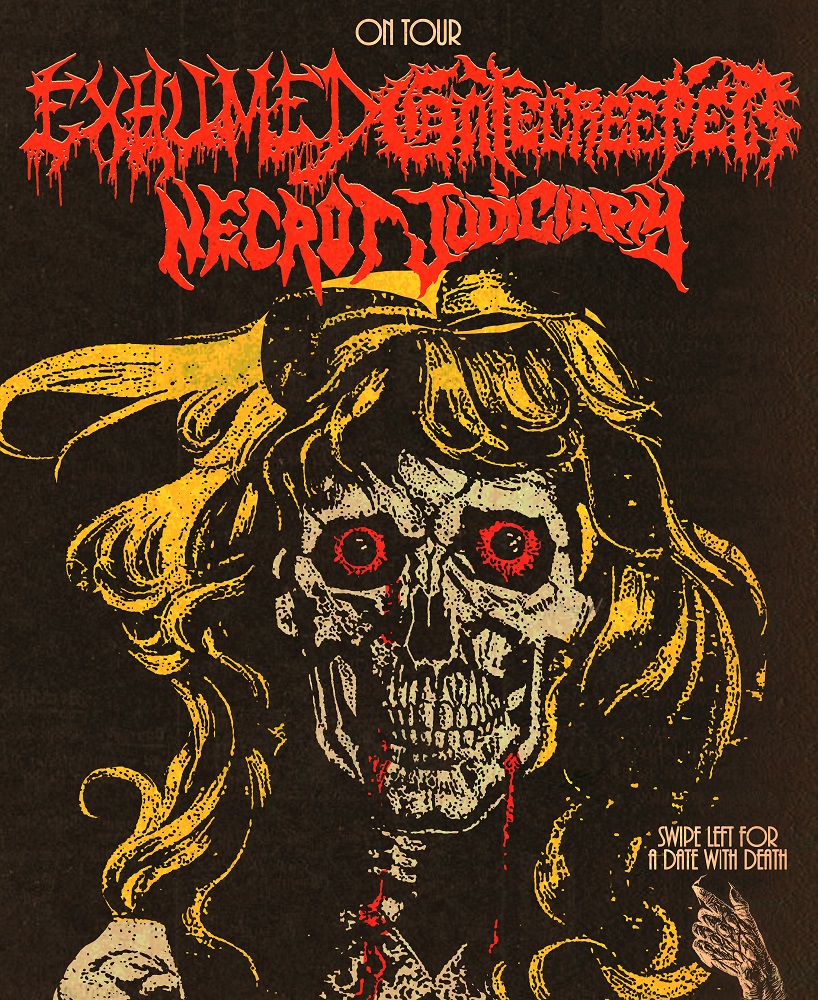 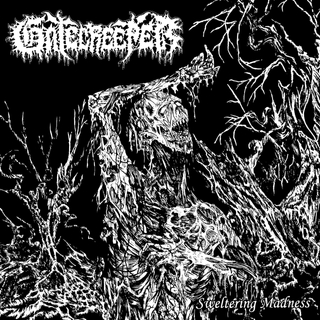 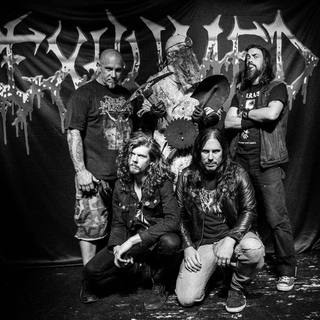 Exhumed is an American death metal band from San Jose, California that is currently signed to Relapse Records and centered around guitarist/vocalist Matt Harvey. The band has released seven albums and eight split 7&quot; singles. They were formed in 1990, went on hiatus in 2005, and reformed in 2010.

Exhumed formed in 1990, when founding member Matt Harvey was 15 years old. Exhumed spent much of the ensuing decade releasing numerous demos, split CDs, and EPs. Harvey explained that he was influenced by Carcass, Impetigo, Repulsion and Terrorizer as well as early albums by Entombed.

The band recorded their debut album Gore Metal in 1998. The album blended death metal and grindcore and influenced later bands who played the same type of music. Harvey said that Gore Metal was the album where Exhumed developed its vision, although he conceded that &quot;we were still very loose and sloppy and didn't really have a handle on recording at all. Listening back to that record, I like most of the songs, but the production is awful sounding.&quot; Harvey said the band recorded several songs for the album that were lost when producer James Murphy, then suffering from brain cancer and acting &quot;erratically&quot;, was evicted from his studio in Oakland.

This led to the band touring the United States and making several festival appearances. The band's line-up continued to change during and after the release of their second album, Slaughtercult, in August 2000. Harvey said that Slaughtercult was &quot;the album where we came closest to achieving our goal – just a brutal, simple, direct group of songs that were very up-front and live sounding.&quot; He further noted the band's pride over the lack of double bass on the album, in contrast to contemporary death metal trends. In support of Slaughtercult, the band did three US tours, and their first proper European tour, including co-headlining festivals like Fuck the Commerce and Obscene Extreme. The band also appeared at the Wacken Open Air festival.

The band evolved further with their third album, Anatomy Is Destiny (2003), which added more sophisticated arrangements, production and instrumentation. Bassist Leon del Muerte replaced Bud Burke soon after the album was recorded. Harvey described the album as &quot;a big step forward&quot;, but retrospectively criticized the album for its lack of memorable choruses. He said of Anatomy Is Destiny, &quot;in many ways it's our best album, but in just as many, we missed the mark on a bunch of things.&quot;

Co-founder and drummer Col Jones departed Exhumed in 2003, which affected the creative chemistry of the band. Harvey recalled, &quot;After he (Jones) left it was a big adjustment. I was trying to run shit on my own creatively and logistically. The anatomy of the band just dissolved and everything fell apart.&quot; As Harvey attempted to rebuild the line-up, Exhumed issued a double CD compilation of their early recordings titled Platters of Splatter. After touring North America, Europe, Japan, and Australia, guitarist Mike Beams departed and new guitarist Wes Caley and drummer Matt Connell made their debut. Exhumed then completed recording an album of cover songs titled Garbage Daze Re-Regurgitated. Harvey later explained that the album was intended as a &quot;stopgap&quot; album, although the band's subsequent hiatus put the band on hold longer than planned. Harvey later recalled:

I was pretty burnt on Exhumed. The fact that the band hadn't really gotten any bigger from album to album, along with the Anatomy line-up falling apart were really frustrating, especially in light of how much work we had done. I felt like without Col in Exhumed, the band didn't really have any credibility any more, and I was just tired of teaching new people the songs and hoping that they would &quot;get&quot; where the band was coming from.

During the hiatus, Harvey played in Dekapitator, Gravehill, and Scarecrow. Harvey, later remarking that &quot;the passion for music didn't go away but my passion for Exhumed went away&quot;, came to regret that the band's last recording would be a covers album and, feeling rejuvenated, decided to reform Exhumed to record a new studio album.

In an interview conducted shortly after announcing that Exhumed would reform, Harvey remarked that &quot;After a few years off and away from the death metal scene, I feel rejuvenated and ready to hack, maim and kill once again. I wanted this to be a continuation of what the band was doing and was on its way to doing, not a reunion or some weird nostalgia thing.&quot;

In 2010, the band recorded All Guts, No Glory. The album line up was Harvey on guitars and high vocals, del Muerte on bass and low vocals, Caley on guitar and Danny Walker on drums. The musical approach taken on All Guts, No Glory was, according to Harvey, intentionally based on the band members' favoured elements of previous Exhumed records: &quot;We all agreed that the period of Exhumed we liked the best was Slaughtercult and wanted to mix that with the technicality and melody of Anatomy.&quot;

The band toured extensively, although del Muerte and Walker left the band to complete Murder Construct's debut album. They were replaced by Bob Babcock and Mike Hamilton (Deeds of Flesh), respectively.

In 2012, guitarist Caley was replaced by Bud Burke, and the band recorded Necrocracy, which was released by Relapse Records on August 2, 2013. Harvey described the album as being &quot;not quite as fast&quot; as All Guts, No Glory.

On November 6, 2014, the band appeared on the season 3 premiere of The Eric Andre Show.

In 2015 Matt Ferri left and Ross Sewage rejoined the band on bass.

The band released their seventh album Death Revenge on October 13, 2017. 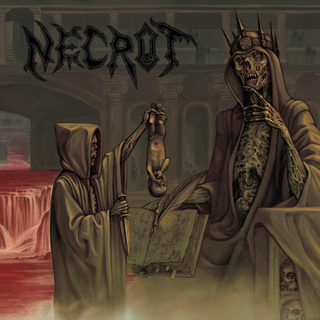 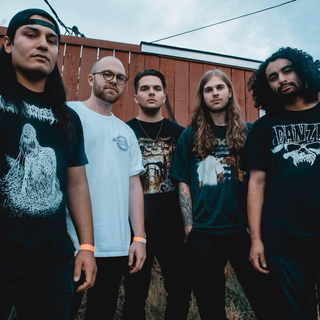