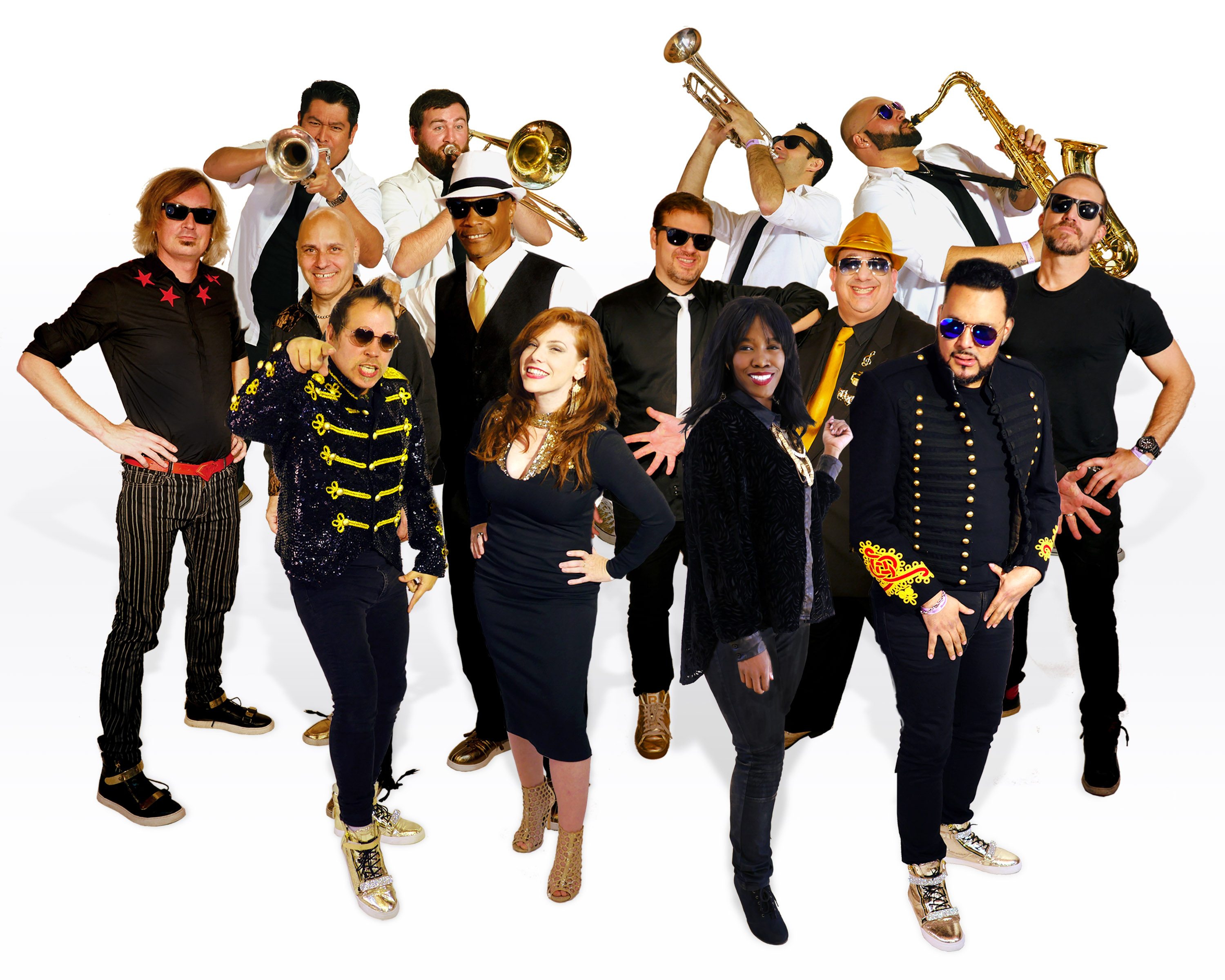 Foreverland is a 14-piece tribute to one of the most well-known and beloved entertainers in the world: Mr. Michael Jackson. With four lead vocalists, four horns, and a six-piece rhythm section, the band brings songs like “Don’t Stop Till You Get Enough,” “Beat It,” and “Wanna Be Startin’ Somethin’” to life, in a way that no other group has done before. Inspired by Michael’s legacy, Foreverland takes his music a step further, going far beyond any typical tribute band or MJ act. Rather than be limited by an MJ impersonator and pre-recorded backing tracks, Foreverland’s unique approach celebrates the larger-than-life performances, imagination and infectious spirit of this legendary artist. The result is a fabulous and thumping 14-piece show band that pays homage to MJ’s undeniable talent and timeless dance music.

Based in San Francisco, this electrifying group was formed in March of 2009 to honor Michael’s musical genius and legendary showmanship. The ensemble is best described as a “Remarkable and Rocking Michael Jackson Revue,” and they have been packing crowds into some of the Bay Area’s hottest clubs, including: a recently sold out show at Bimbo’s 365 Club; Slim’s; The Regency Ballroom; Red Devil Lounge; Harlows; The Fox Theatre Redwood City; and many more. Foreverland has also expanded its touring circuit this summer to include New Jersey, L.A., and New York’s Brooklyn Bowl, with more dates to come.

Michael Jackson lives on forever with Foreverland, elevating his music, inspiration and creativity to innovative new heights. You won’t want miss this one-of-a-kind band, guaranteed to keep you on your feet and “thrill you tonight”.