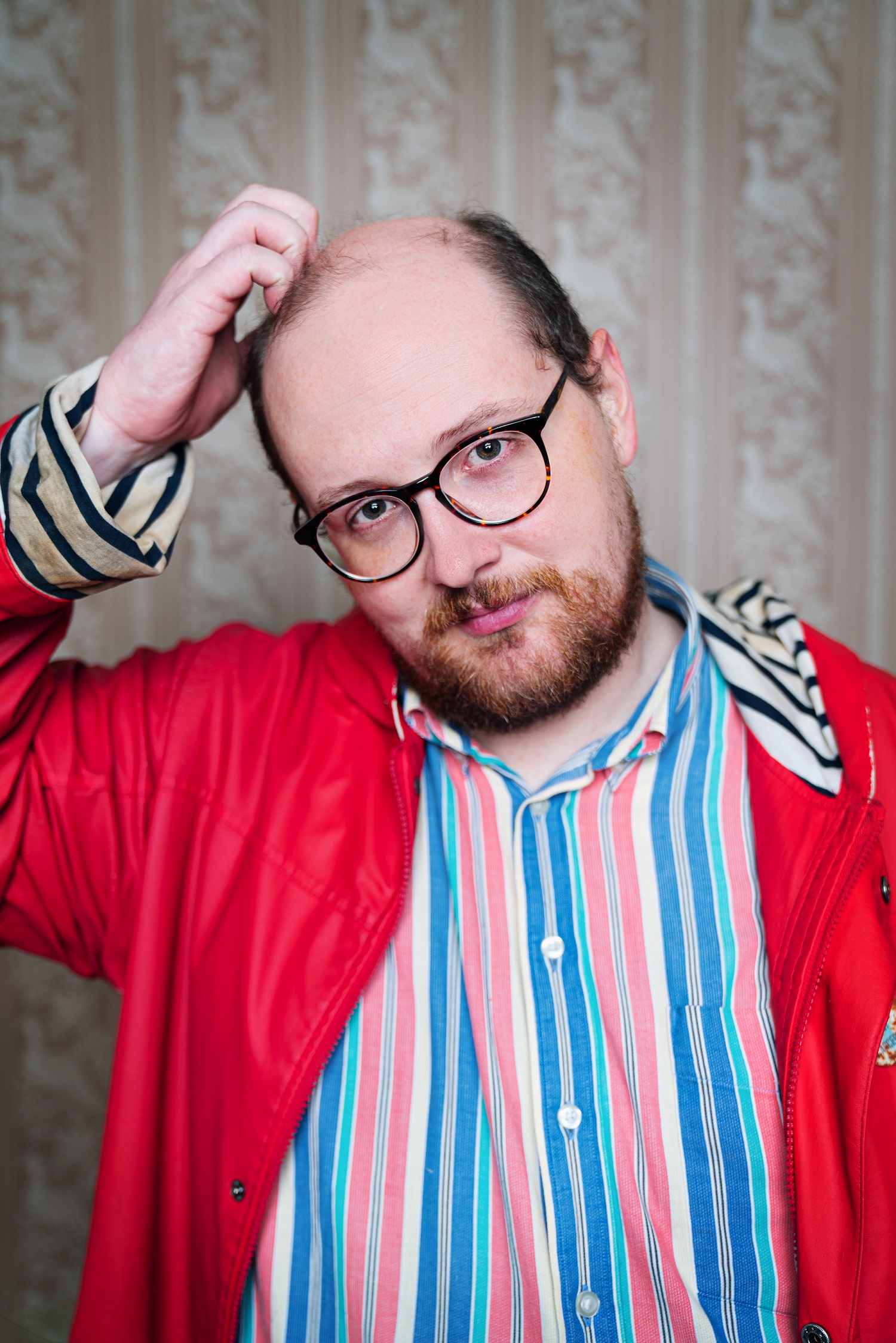 With the success of Dan Deacon's 2007 album Spiderman of the Rings, came an opportunity for the electronic-music iconoclast to increase the breadth and depth of his entire musical project. Deacon moved from self-contained computer music to orchestral epics. His interactive live show, honed in DIY spaces, was taken to museums and concert halls. He frequently expanded his performances to include a horde of side musicians. Gliss Riffer, an entirely self-produced record of almost all electronic sounds, is a return to Deacon's Spiderman of the Rings-era process. He calls it "easily the most fun ever had making a record." After a string of large ensemble projects (including 2009's Bromst and 2012's America) Deacon longed for the "simplicity" of the days when he did nearly everything himself. So he made plans to sequester himself in his studio and conjure an album from the sketches and songs he had begun in the back of the van on the European leg of the America tour. Those plans were upended when he received a last-minute invitation to tour with Arcade Fire in August. Rather than lose momentum by pushing back his recording schedule, Deacon continued to make the record on the road. "I was mixing and arranging in the green room before sound check and each night back at the hotel." Deacon said, "On days off I'd find a studio to track vocals or mix. When a studio couldn't be found I dismantled a hotel bathroom, sealing the vents with towels and using all the bedding to turn it into a control room." This is his first record to showcase his newfound appreciation for his vocal cords, an appreciation he gained after going through an extended bout of laryngitis. "I started thinking about how the voice is an instrument that expires," he said, "and that made me want to make an album with the voice more exposed." And that he did. While Gliss Riffer contains all the instrumental layering we've come to expect, the vocals are mixed with a prominence ("Feel the Lightning," "Learning to Relax") and, at times, a clarity ("When I Was Done Dying") that have never been heard on a Dan Deacon record before. All the vocals are performed by Deacon himself, even the female voice on "Feel the Lightning" is the product of vari-speed recording techniques. This album also marks the first time Deacon replaced his digitally realized parts with analog synthesizers, giving Deacon the opportunity to experiment with synthesizers in the same way he experimented with strings and wind instruments on America. Deacon travelled to Asheville, N.C., to record with Moog's at-the-time-unreleased Sub 37 analog synth. Gliss Riffer is the first record in the world to feature the instrument. Despite being predominately electronic, Gliss Riffer's sonic palette is informed by his post-Spiderman material. The Disklavier, a MIDI-fed player piano first heard on Bromst, is present here. (This time around, Deacon ran it so hard it broke.) Cross-rhythms suggestive of America's orchestral opus "USA" and Deacon's art music work (including a Carnegie Hall performance and film score for Francis Ford Coppola) are also in evidence. What Gliss Riffer shares with Spiderman of the Rings as a musical experience is an aesthetic directness and ecstatic energy. Gliss Riffer trades in exuberant, uncontained fun. Lyrical images of lightning, oceans, lakes, and roads crop up frequently as stand-ins for freedom and self-realization. The tracks were started on the ever-changing landscapes that greet a touring musician. The lyrics, on the other hand, were mostly written in Deacon's studio, a room with no windows and no air conditioning in Baltimore's sweltering summer where it was easy to imagine being somewhere else. So while Gliss Riffer is all about fun, it's figured dramatically. It's a euphoria tempered by yearning and set in defiance of life's nagging anxiety. "Happiness takes time," we are reminded by tremolo vocals in the middle of the supremely danceable "Mind on Fire." The bliss on this record is well-earned.