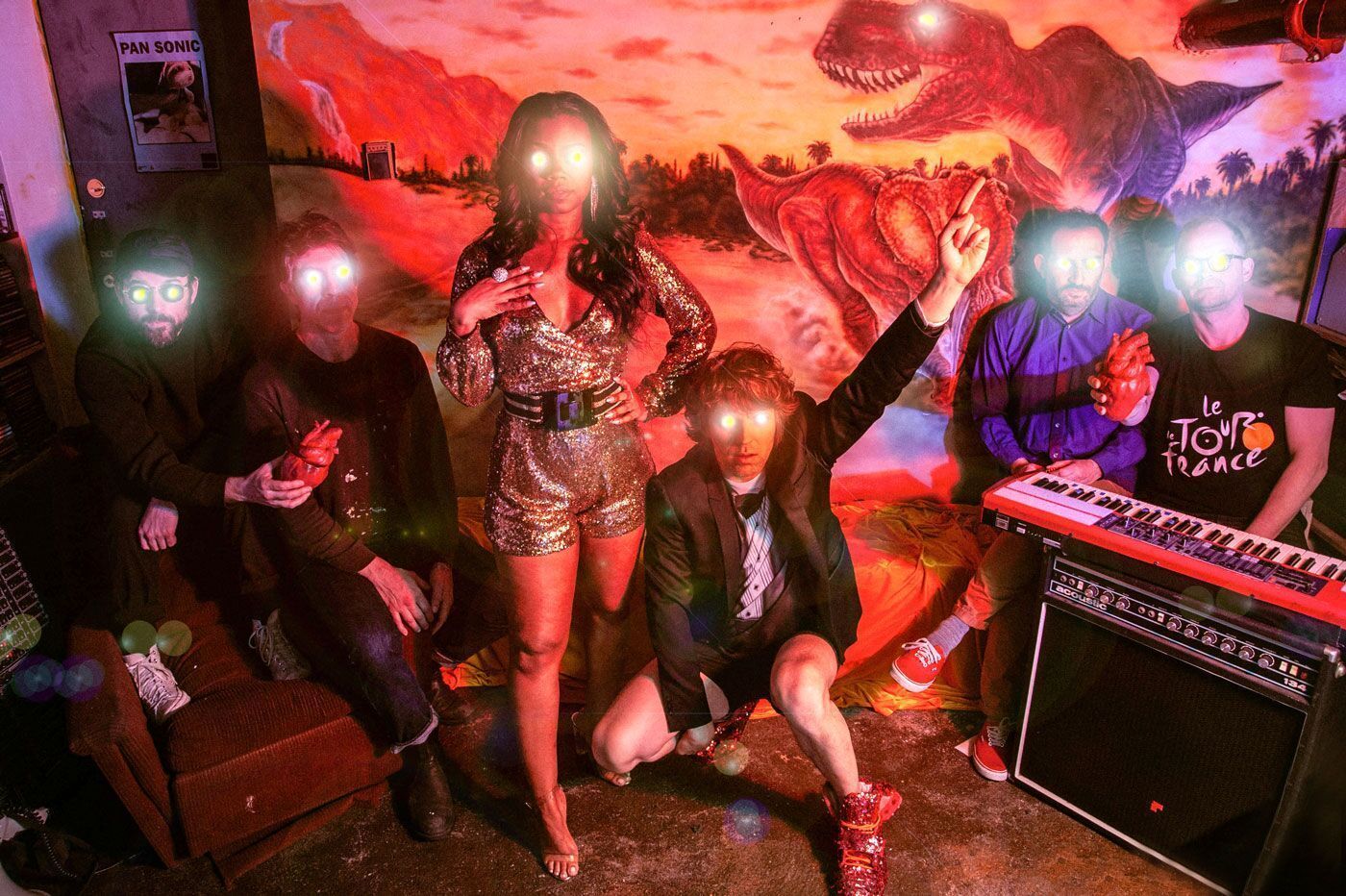 Doesn't it seem like everyone's freaking out lately? !!! know the feeling well. The NYC dance-punk lifers have been chronicling the perpetual meltdown that is American society for nearly 20 years now, from the clattering full-band thrust of their instantly iconic 2003 single "Me and Giuliani Down by the Schoolyard (A True Story)" to the dark disco of 2017's wonderfully eclectic Shake the Shudder.

Their eighth full-length, Wallop, follows in the band's grand tradition of plugging straight into our collective nervous system and sending funky, rubbery shock waves through the body politic. If you've found yourself rubbing your temples while contemplating the collapse of everything around us? Well, !!! are bringing the soundtrack to your next nervous breakdown.

Like an apocalyptic jukebox, Wallop is jam-packed with various sounds and styles from dance music's rich history—from the pie-eyed psychedelia of Madchester-era English dance-rock to tunnel-vision techno and the flashy, bomb-dropping sound of UK grime. The candy-coated sounds of '90s rave loom large in Wallop's playful darkness, a callback to another era when everything felt like it was just about ready to fall apart. Diving into '90s retro nostalgia is good for us," frontman Nic Offer explains while discussing the sonic rediscovery at the beating heart of Wallop. "I know all the '80s stuff already, so it's like, 'What did happen in the '90s?' Because in the '90s, we were just listening to James Brown."

Wallop was recorded over the past year in Offer's Brooklyn apartment—a first for the band, as !!!'s latest was rife with experimentation throughout the creative gestation: "Our process was to get loose and get into uncharted territory," he puts it succinctly. This meant messing around with gear they didn't quite understand, conjuring new sounds and bringing in familiar friends to contribute vocals—including Liars frontman Angus Andrew, Maria Uzor of British dance aesthetes Sink Ya Teeth, and Glasser's synth-pop wizard Cameron Mesirow, who all join Offer and !!! co-vocalist Meah Pace on this barn-burning party of a record.

"We were sitting on these instrumentals that we liked, so we started sending them around to random people," Offer states while discussing the collaborative process streaked across Wallop. "We overwrite and overrecord, and send them out to our friends to vote. We don't know what we're making until it's done. This record could've been completely dark or completely pop."

"We're not the kind of band that sits down and says, 'Let's make a record now,'" producer and multi-instrumentalist Rafael Cohen continues. "We just keep going, which is good because it leads to less of a narrative for each album." With an array of producers lending a hand—including Cole M.G.N. (Ariel Pink’s Haunted Graffiti, Julia Holter), Graham Walsh (Holy Fuck), and longtime collaborator Patrick Ford—Wallop was eventually stitched together to reflect the colorful, body-moving tapestry that its end result represents.

Work on Wallop took place in understandably different sociopolitical circumstances than what surrounded Shake the Shudder—but addressing those circumstances head-on was initially harder than Offer and Cohen thought. "Every political song we wrote kind of sucked," the former admits, while explaining that the wide-eyed societal paranoia embedded within the record was naturally occuring. "When we stepped away from politics, it seeped its way back into the music.”

Indeed, Wallop chronicles these strange times through !!!’s personal lens, capturing the mere act of existing amidst so many shifting paradigms; the skipping IDM of “Domino” zooms in on the conflicting emotions that come with experiencing gentrification first-hand, while
"UR Paranoid" throbs with the type of intensity reserved for existential spiraling and late-night k-holes alike—an urgency that also speaks to !!!'s admiration for club music. "We're always trying to make pure club stuff—that's where we get our sonics," Cohen states, while Offer elaborates, "We're very much classic songwriters, but the music that turns it on is club music. It's always moving, and it's a good well for us."

Meanwhile, "Off the Grid" ripples and pulses in a way not unlike XTRMNTR-era Primal Scream, “Slow Motion” dives headlong into the ecstatic energy of 1990s UK trip-hop and beat-driven rock, “This Is the Door” radiates crisp and effervescent disco, and “Couldn’t Have Known” is pure urban clatter topped off by Cohen’s soothed-out vocals. The splashy beat of "Serbia Drums" in particular comes from a surprising source: an iPhone recording that drummer Chris Egan captured while the band was touring in Serbia. "Chris is from D.C. and so am I, and that groove is so go-go," Cohen marvels on the song's propulsive sound.

Overall, Wallop is a testament not only to the rocky, worldly times it reflects, but !!!'s artistic lifeblood—a constantly-creating ethos that's kept the band going for so long and enables them to constantly innovate their sound. "We just work really hard and try to make the best records we can," Offer proclaims. "We have a strict policy of challenging ourselves—'What haven't we done?'" And if that sense of self-discovery resulted in Wallop's jam-packed, kaleidoscope world of sound, let's hope !!! never stop challenging themselves. 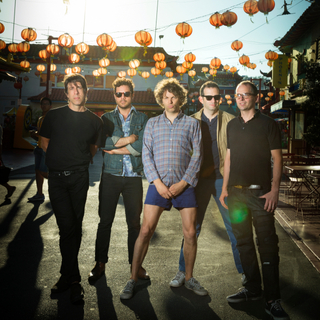 Combining punk abandon and tightly-coiled dance music has always been bonded into the band's DNA. It's this core plus their growth and mastery of songwriting that has seen them outlive the mid-2000s 'indie/dance punk' tag and has allowed them to consistently grow lyrically and sonically from album to album. As If is their most transcendent collection of songs yet.

&quot;Each album we've made has gotten closer and closer to our live set and this, we're proud to say, is the closest we've come yet. We were heavily influenced by current dance music -- Nina Kraviz, Moodymann, Paranoid London, Rrose and Delroy Edwards were frequently referenced -- and philosophically by the early '90s house records we love on labels like Trax and Dancemania and by artists like Romanthony and Green Velvet. Those records sound great because they're fairly raw attempts to use the technology of the time to ape the New York and Philly disco records that those producers loved. We figured, if those old house records sound like they do because the artists manipulated disco samples with MPCs, why couldn't we just sample ourselves and manipulate the tracks with Ableton Live? The more raw it came out the better it felt, not only because that's what excited us about those old records, but because it felt more punk, which always feels good.&quot;