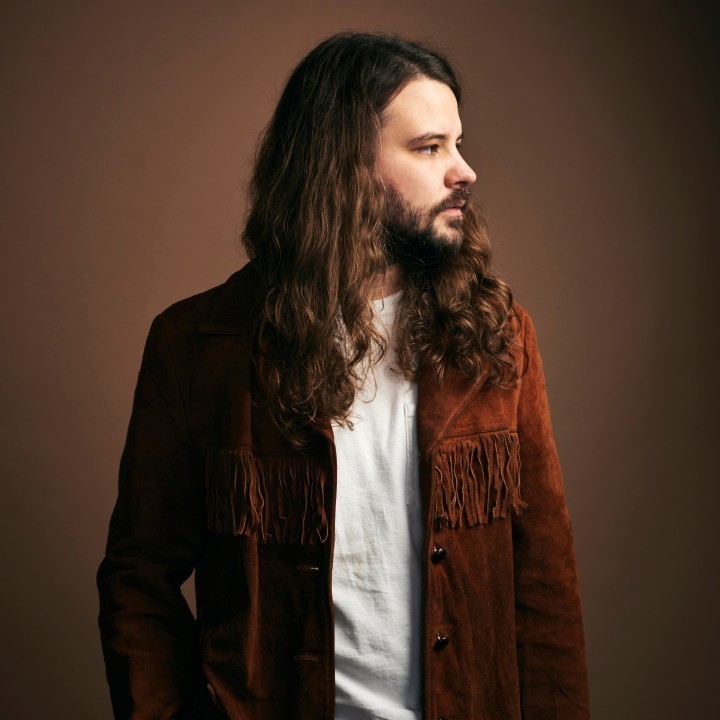 BRENT COBB AND THEM
with Hailey Whitters

Brent Cobb and Them

Brent Cobb didn't set out to write an album that feels and sounds like the place he grew up. But now that the grooves have been cut in his debut LP, Shine on Rainy Day, there's no denying the people, the places and the vibe of his southcentral Georgia home infuse almost every song.

"It just is Georgia," Brent says in his musical drawl. "It's just that rural, easy-going way it feels down there on a nice spring evening when the wind's blowing warm and you smell wisteria, you know?"

It's quiet down there where he's from in Ellaville -- "population 1,609" -- laid back and forgotten in the shadow of Atlanta and Savannah. The people have blue-collar values and believe in treating your neighbor like you want to be treated. They believe in curses and the dark finger of Fate and wield a sharp, dark sense of humor that sustains them through the hardest of times. Distant radio stations, roadside honkytonks made of cinderblock and back-porch picking sessions heavy on the backbeat predominate under Spanish moss-strewn live oaks and loblolly pines.

It was the perfect place to grow up.

"Lord, when I die, let's make a deal," Brent sings on the album's swirling thesis statement, "South of Atlanta," "lay me down in that town where time stands still."

Shine on Rainy Day is an album Brent's been trying to make for a decade, enlisting his cousin and fellow Georgian, Dave Cobb, the Grammy Award-winning producer whose Elektra Records imprint Low Country Sound is home to the album.

Brent wanted to record an album that felt Southern, though not the kind of Southern you might expect. Neither Southern rock nor mainstream country, the sound sits somewhere on the wide bandwidth that exists between the two. Cousin Dave helped him find the right vibe, full of blue-eyed soul, country funk and the kind of swamp boogie sounds that predominated pop in the 1960s and early 1970s. There's a reason Georgia was always on Ray Charles' mind, after all.

"I don't mean to get weird and be into, like, deep shit, but it really has got to be blood," Brent said. "When I write songs, it's almost like I didn't write them. You know it's just like this is happening right now and it just comes out. He's the same way in the studio. He's like, 'Put this right here and play it like this,' and you're like why? And he's like, 'I don't know, it's just the way it's supposed to go.' That's exactly how I write songs."

Brent finds it a strange sensation to be so closely linked to someone. Though cousins, the Cobbs didn't know each other growing up. Dave's a little bit older than 29-year-old Brent and his father was the one brother who left the area and moved away -- to an island off the coast from Savannah. So when they first met -- as adults at an aunt's funeral -- Brent was wary. And a little bit of an ass.

"We're standing around outside and I was like, 'Man, we hear you're producing in L.A. What you produced?' just kind of like a jerk, really," Brent said with a laugh. "He told me Shooter Jennings' 'Put the O Back in Country,' and that floored me, man. Because me and my buddies working at a tree service, we'd get off work, somebody would get a 12 pack, we'd get stoned and listen to 'Put the O Back in Country,' man. We knew it was the cool country. We knew it was for real. Man, I mean it was the shit."

Brent's dad shamelessly slipped Dave a disc of six acoustic songs Brent recorded as he left town. Dave didn't really want to listen to it, but his wife, Lydia, convinced him to stick it in the car's player on the way to the airport. Not long after Jennings called and invited Brent out to Los Angeles.

He spent four months there, but after living through an earthquake, a drought, a near car-jacking and a drive-by shooting he returned home where he lived for about four months before an old acquaintance from the area, Luke Bryan, called out of the blue. Bryan invited Brent to stay with him and his wife for a week to write and get to know Nashville.

Not long after he returned for good and recorded a well-received EP that led to 3½ years on the road, touring with a band and opening for every big player in country. He decided that wasn't what he was looking for either, and began to focus more deeply on songwriting. He landed several cuts -- most notably Miranda Lambert's "Old Shit," Kenny Chesney's "Don't It" and Bryan's "Tailgate Blues"- while working on his own songs and searching for a direction for his long-delayed debut.

Meanwhile, Dave left L.A. for Nashville and began building a reputation as one of music's most exciting producers for his work with Chris Stapleton, Jamey Johnson, Sturgill Simpson and Jason Isbell. As part of his deal with Elektra, he conceived of a concept album called Southern Family and thought it only right his "bitch ass little cousin" have a part. "So I was like, 'I'll be there,'" Brent said. He contributed "Down Home" to the album and also mentioned the project to Lambert, who wanted in and sang the Brent-written "Sweet By & By," a standout on an album full of them.

It was during these sessions that the Cobbs began to notice a real connection in the way they would approach songs during the recording process. "It just felt like home, you know?" Brent said. "I made the comment, 'Dude, let's just do it.' So we did."

From the Nashville slice-of-life narrative of "Solving Problems" to the delicate and powerful interplay of acoustic and electric guitars on the stunning closer "Black Crow," the album feels like the people, places and sounds of Brent's life.

The album carries something of a Southern Gothic narrative, alternating between dark visions and self-deprecating scenes of black humor that bubble up in laugh-or-cry moments. He chose the album's title after a friend heard "Shine on Rainy Day" following a family tragedy and mentioned how powerful it was to him.

"When you have a bad storm that hits, the next day the trees are in full bloom and the grass is greener and lightning cleans the air up," Brent said. "My friend called me up out of the blue and said that song hit him so hard. It's talking about a rainy day, they're going through a real life rainy day."

Like "Shine on Rainy Day," the album alternates between light and dark. In "Black Crow," a doomed soul argues with a laughing crow sitting on a fencepost, "Black crow, I ain't a joke no more!," before earning a prison sentence in a corner store robbery. "Lord," he sings, "I can feel those spirits carrying me down" before Jason Isbell unleashes a devilish slide guitar line that feels like a Neil Young guitar solo.

The deliciously self-deprecating "Diggin' Holes" has that giddy AM radio/Gram Parsons feel with dancing music accompanied by dark lyrics that are both funny and painful. "I ought to be workin' in a coal mine/Lord knows I'm good at diggin' holes."

"Down in the Gulley" is a sour mash-flavored short story with a first line worthy of Faulkner or O'Connor: "My granddaddy was a good man -- no matter what the papers said." The dread-filled "Let the Rain Come Down" opens with visions of doom, a rattlesnake strung from a tree and a witch's curse: "She put a curse on me/Another on the river/And now my crops won't grow no more."

"Solving Problems" was written sitting on a balcony overlooking an especially historic corner of historic Music Row while thinking about Kris Kristofferson's "To Beat the Devil," which has a spoken word section that feels lifted right from the Row.

"The energy just feels crazy around here," Brent said. "I loved how Kristofferson would capture the present moment of his Nashville during that time. Nobody does that anymore."

"Country Bound" is the only song on the album not written or co-written by Brent. Instead, the song was written by his father and uncle in a far-off place called Cleveland.

"It was the first song I ever witnessed being written in my life," Brent said. "I was 5 years old and it was the first time I ever saw snow, too. We were up in Cleveland for Christmas. My uncle had been through this breakup and he was wanting to get the hell out of Cleveland and go to Georgia."

Brent knows the feeling, and after listening to Shine on Rainy Day, he hopes you get it, too. He has never been more proud of his work. After 10 years of searching and struggle, the LP sounds and feels exactly how he wants it to. Like home.

"It's not as good as it's going to get," Brent said. "But if it's the last thing that I ever do, if I died the day after it came out, then thank God I was able to record it because the songs and the production, it was everything I wanted to say. Finally." 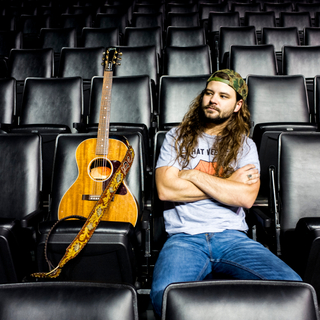 Brent Cobb was born in Americus, GA, about an hour east of Columbus, in the rural south-central part of the state. His sophomore studio album, Providence Canyon, was recorded at Nashville’s RCA Studio A with Grammy Award-winning producer Dave Cobb and was released in May 2018 on Low Country Sound/Elektra Records. Since its release, the album has garnered overwhelming acclaim including placement on Rolling Stone’s “50 Best Albums of 2018 So Far” list as well as praise from The Fader, NPR Music, etc. Providence Canyon follows Cobb’s breakthrough major label debut album, Shine On Rainy Day (2016), also produced by Dave Cobb, which was nominated for Best Americana Album at the 60th Grammy Awards. It lead to Cobb’s nomination at Americana Honors & Awards 2017 for Emerging Artist of the Year as well as a break-out television debut on CONAN. After performing more than 50 headline dates this spring, Brent is currently in the midst of an extensive U.S. tour including over 35 cities as part of “Chris Stapleton’s All-American Road Show.” In addition to his work as an artist, Brent is widely respected as a songwriter garnering cuts by Luke Bryan, The Oak Ridge Boys, Little Big Town, Miranda Lambert and more.