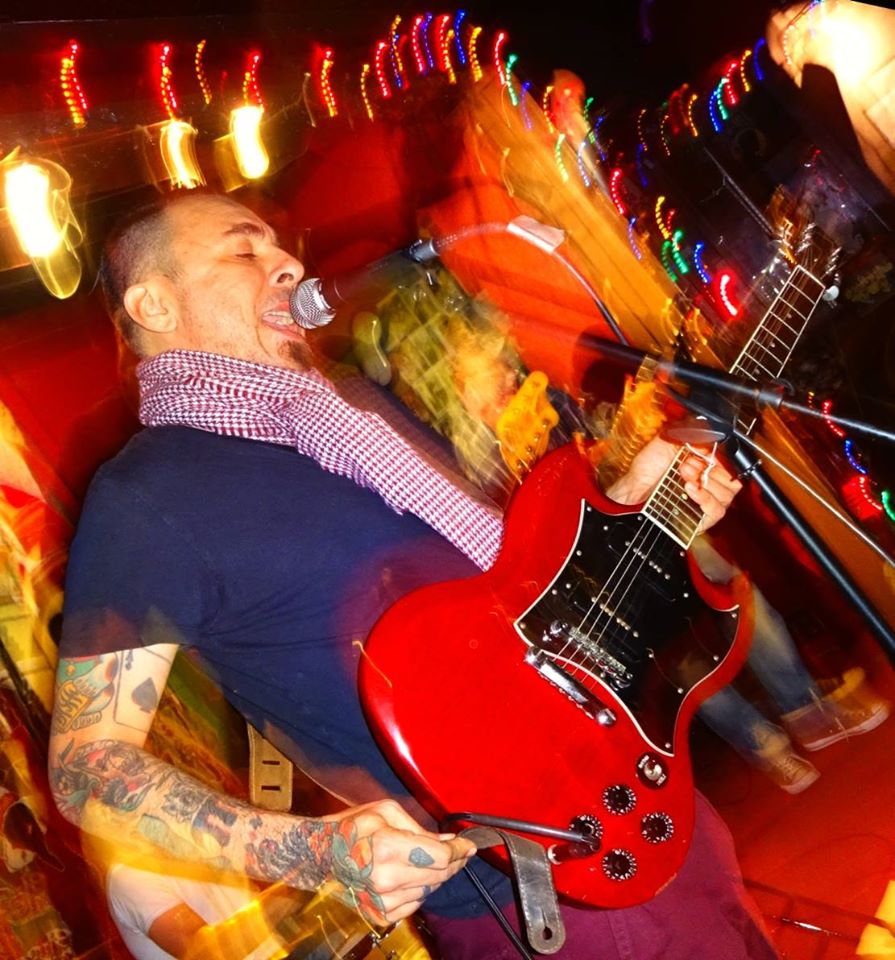 A true product of the Sacramento blues scene, guitarist Aaron (King) Moreno has been an ambassador for Sacramento blues around the world showcasing a style that owes as much to jazz guitarists like Herb Ellis and country guitarists like Hank Garland as it does to blues guitarists like Albert King and Albert Collins. Born and raised in Sacramento, Moreno got his first lessons in blues from Sacramento Blues Hall of Famer Johnny “Guitar” Knox. He continued his blues guitar education under the mentorship of another Sacramento Blues Hall of Famer, Little Charlie Baty, developing a style that would combine blues, jazz, and country guitar. From there he spent his formative years playing guitar for and recording with the late, great pianist Omar Shariff.

Playing with renowned Sacramento jump blues band The Chrome Addicts, Moreno went on to win several Sacramento Area Music Awards (Sammies) including a Critic’s Choice Award for Outstanding Guitarist. After several national and international tours with the Chrome Addicts, he left the band to start his own group, Aaron King and the Imperials. In addition to playing with the Imperials he also toured with world-renowned boogie-woogie pianist Mitch Woods playing such prestigious festivals as the Montreal Jazz Festival and Umbria Jazz Festival.

In recent years, King has broadened his musical horizons through his association with highly respected Sacramento jazz bassist Harley White, Jr., blurring the lines between blues, jazz, funk, and even hip-hop in an effort to continue pushing the music forward in ways his predecessors did decades earlier with the electrification of blues- a radical notion at the time.