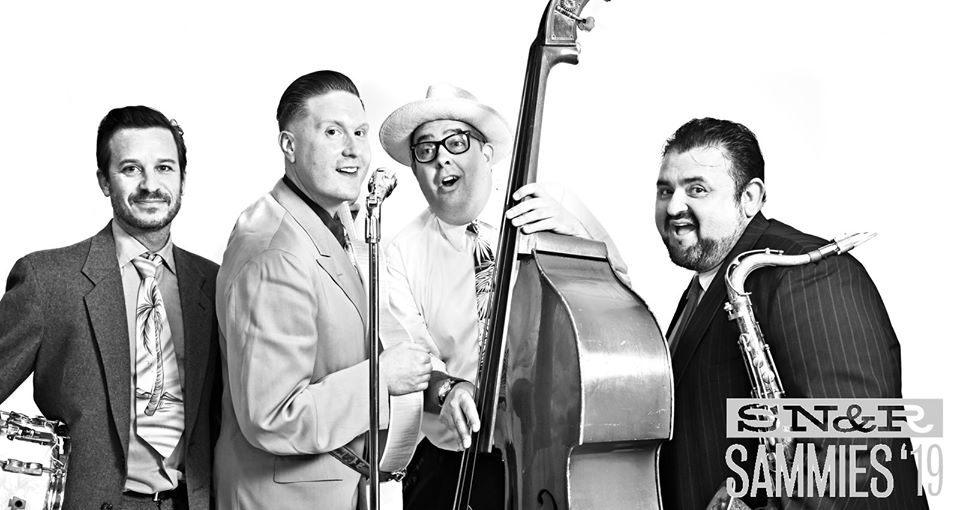 A special night with leader Zack Sapunor (back in town for a short holiday visit from his worldwide day gig as bassist/singer with Austin's Hot Club of Cowtown), the Tropicali Flames are reunited! They deliver a sonic jambalaya with an enthusiasm at once expressive and joyous. 1940s jump blues merges with doo-wop harmonies and early soul to create a swing-based mid-century aesthetic flavored with touches of New Orleans jazz and Caribbean rhythms.

Conveying gin joints and gravel roads, their fiery sounds are delivered with a nuance and authenticity only to be found among players who have lived and breathed these forms for decades.

The Tropicali Flames all-star cast is captained by upright bassist and vocalist Zack Sapunor (Hot Club of Cowtown) with a sizzling rhythm section featuring guitarist Chris Wilkinson, a direct import from the U.K. roots/rockabilly circuit, and rounded out by ace drummer Derek McDonald of the Alcatraz Islanders and the Shellac Brothers podcast. Floating over the top is the explosive tenor saxophone of Danny Sandoval (Mick Martin's Big Blues Band, Sista Monica, Rene Solís), an indisputable force of nature who plays with a power and dexterity equaled only by the very greatest to have studied the craft.

With a catalogue of classics expertly mined from dusty record bins as well as a growing repertoire of inspired original tunes, the Tropicali Flames are back to take ALL prisoners.