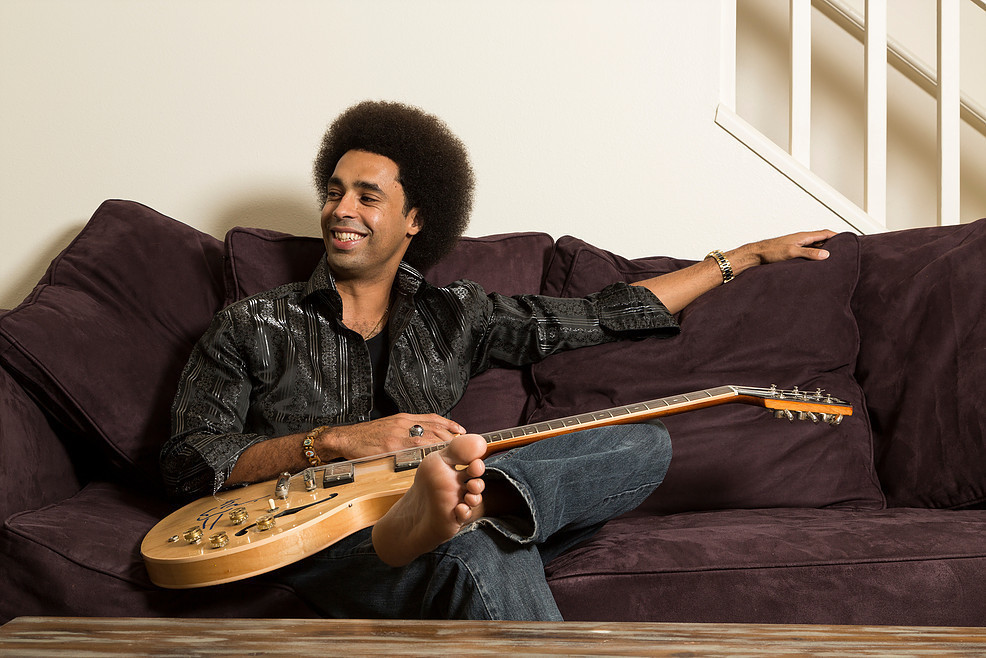 With his fiery guitar and lap steel playing, his trailblazing, instantly memorable songs and gritty, unvarnished vocals, Birchwood is among the most extraordinary young stars in the blues. His deep familiarity with blues tradition allows him to bust the genre wide open, adding new sounds, colors and textures, all delivered with a revival tent preacher’s fervor and a natural storyteller’s charisma.

Birchwood wrote and produced all 13 songs on Pick Your Poison. His richly detailed, hard-hitting originals run the emotional gamut from the humorously personal My Whiskey Loves My Ex to the gospel-inflected Even The Saved Need Saving to the hard truths of the topical Corporate Drone and Police State to the existential choice of the title track.

Birchwood’s high-octane blues—at once deeply rooted, funky and up-to-the-minute—are played with passion and honest emotion. With his band feeding off his drive and exuberance, the striking 6’3” young man with his trademark Afro roams the stage (often barefoot), ripping out memorable guitar licks with ease, his soulful, rocks-and-gravel vocals firing up the crowd. His ability to win over an audience—any audience—is proven night after night on the bandstand.

Since the 2014 release of his Alligator Records debut, Don’t Call No Ambulance, Birchwood’s meteoric rise from playing small Florida clubs to headlining international festival stages is nothing short of phenomenal. The album received the Blues Music Award and Living Blues Critics’ Award for Best Debut Album Of 2014, and he won the 2015 Blues Blast Rising Star Award. Selwyn and his band have crisscrossed the U.S. and Europe repeatedly, delivering unforgettable live performances. Rave reviews ran in publications from Rolling Stone to The Wall Street Journal, from The Chicago Tribune to The San Francisco Chronicle.

The Selwyn Birchwood Band has been touring non-stop since before the Alligator debut came out. In 2011 the self-released FL Boy helped the band land gigs outside of their Tampa base, where they were becoming local heroes. Birchwood and his band won their way to spots at the 2012 and 2013 International Blues Challenges in Memphis. After taking ninth place in 2012, they came back determined the next year, taking first place.

With Pick Your Poison’s urgent, uncompromising music, Selwyn Birchwood is forging new directions for the blues. The Washington Post calls him a “tough, indelibly modern next generation bluesman.” The Wall Street Journal says he is “fiery and original.” The hard-hitting, cutting-edge songs on Pick Your Poison, along with his incendiary live performances, prove without a doubt his status as the blues’ most sensational young talent.