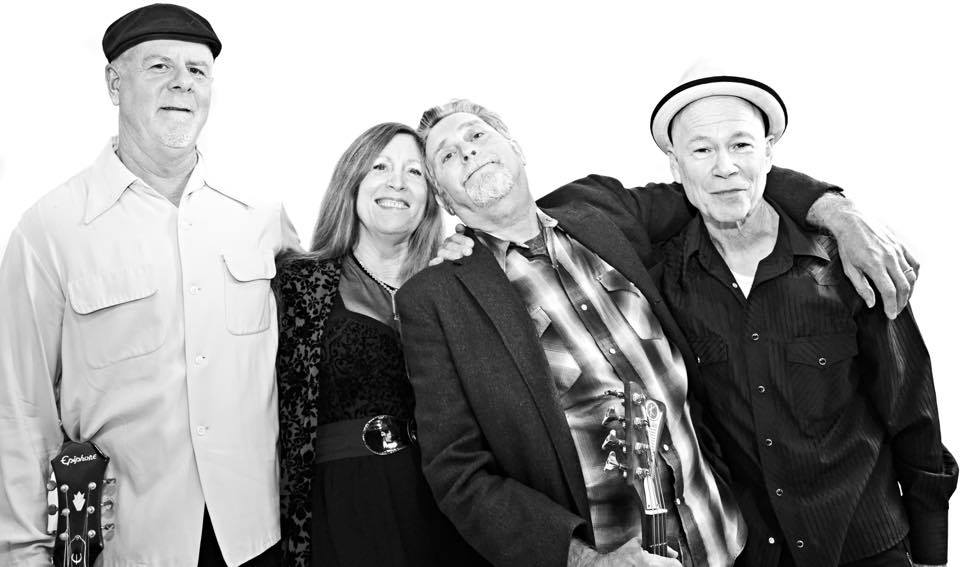 With their second release, You Knock Me Out, Red’s Blues has stepped up another notch into blues big league with the exemplary songwriting team of singer Beth Reid-Grigsby and her Blues Music Award-winning stand up (bass-playing and singing) husband RW Grigsby. Couple that with all their music friends joining in on the fun, and this new CD makes a very strong case for Northern California being the new torch-bearing center of the classic Chicago and Texas blues sound.

Six stellar originals tell the couple’s individual and combined personal histories in an honest and cosmic way. Beth & RW’s love of the classic blues vibe pays off and yet, these songs could easily be covered by well-known singers in many roots music idioms. Nestled alongside are songs by their mid-20th century heroes Jimmy Reed (lead track, “There’ll Be a Day”, “Ain’t That Loving You Baby”), Memphis Minnie (“Lookin’ the World Over”), Big Bill Broonzy (“Lonesome Road Blues”), jump blues brother-sister act, Buddy & Ella Johnson (“Why Don’t Cha Stop It”) and Memphis Slim (“Mother Earth.”)

Red’s Blues has a finger-poppin’ attitude—straight outta the afore-mentioned golden years when blues, R&B and swing all meshed together and dance floors every night were filled with snake hips and slow drags. Beth, with her sensual, southern voice and classy behind-the-beat phrasing is more a Julie London or Bobbie Gentry-styled singer: smoky with languid, sexy sophistication. She can swing too, just check out the big fun on “Why Don’t Cha Stop It.” This rich nightclub feel is missed on too many modern singers. The yearning confidentiality, the wise heart that Beth brings to her true-life stories reveal tales of youth seen through grown up reflection. Red’s Blues draw their audiences into a grown-up music world—southern music with downhome simmer, dance floor fun and stellar, sophisticated players who know they have no need to blast at earsplitting volumes to make the biggest impact.