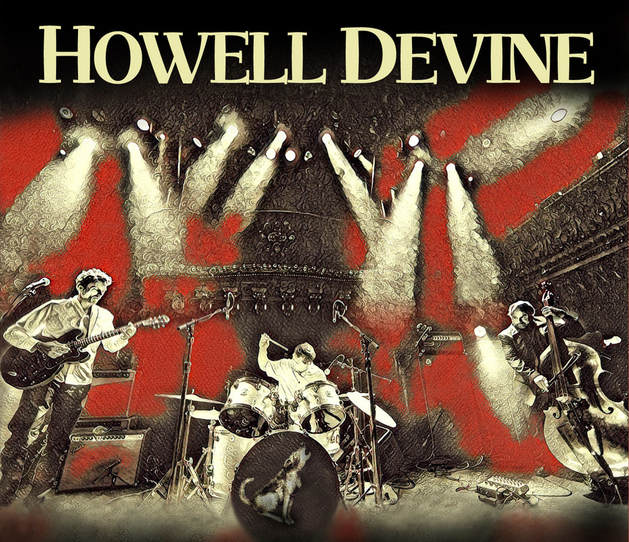 Shack-Shaking Music from the Bay Area!

"There is no blues band performing today as different as HowellDevine—nor as delightful." ~ Lee Hildebrand, Living Blues Magazine/SF Chronicle

"What a pleasure to find a young band that really gets the blues...Deep and true to the roots. Really digging this record and so glad they’re on the scene. " ~ Bonnie Raitt

"We love them - they are great!" ~ Elvin Bishop

Within three years of starting harmonica at the age of 14, Joshua was sitting in with many of the San Francisco Bay Area's blues bands. He quickly became the desired house harmonica player in clubs such as Eli's Mile High and Your Place Too, though his under-age status limited his exposure to only those clubs that could circumvent the age restrictions. During this period, he took up guitar, intently focused on learning the techniques of the Mississippi greats such as Fred McDowell, Bukka White, Robert Johnson and RL Burnside. While living in Santa Cruz, Joshua pursued a successful career in guitar making, developing the Howell & Forsyth Guitar Company. Though he continued to focus on playing music and gigging locally, music as a profession took a back seat to lutherie. It wasn't until he moved to Thailand that he dedicated himself entirely to musicianship, taking on over 15 gigs a week as a solo artist. After two years playing professionally in Thailand's mountainous north, Joshua returned to the U.S. and continued to perform in the San Francisco Bay Area. When he crossed paths with drummer and percussionist Pete Devine, they recognized their similar influences and musical sensibilities. Their common approach effortlessly generated a powerhouse combo of inspired and unaffected blues.

Originally from Maine, Pete started playing drums when he was six years old. Prior to receiving his first actual drum set, he would sit on the floor and surround himself with pots, pans and a Quaker Oat box or two - anything that put out a fairly nice percussive sound when struck by sticks - and play along to the Louis Armstrong and the Spike Jones records that his Grandmother Helen Devine would play for him. A drummer was born! Pete moved out west (San Francisco) to try his hand at being a professional musician in 1989, and over the years has performed with many superb bands and some savory musicians in and around the Bay Area. Those bands included Bo Grumpus, Gaucho, and his own Devine's Jug Band. Pete was also a founding member of Lavay Smith & Her Red Hot Skillet Lickers. To this day, Pete continues to perform with Mal Sharpe's "Big Money in Jazz" band, playing drums and percussion with that same group of fantastic characters for almost 30 years! Throughout the years, Pete has recorded on over 40 different albums with styles ranging from traditional jazz to blues, jug band music to ragtime, gyspy jazz to good old rock and roll. Pete's old-time drumming styles and jug blowing talents have led him to perform and/or record with other musical notables such as Dan Hicks, Maya Angelou, Howard Armstrong (Louie Bluie), Bobby Weir, Bobby Helm & Maria Muldaur. Pete says, "though I've played in many great bands over the years, HowellDevine takes the cake."

It was during the Great Swing Wars of early-1990s San Francisco, when gigs were plentiful, public cigar smoking was legal, and vintage clothes were still cheap, that Joe was fortunate enough to have been drafted into musical service. Since that time he has become an in-demand player known for his superb feel, musical agility, and adaptability. Joe has been touring and recording with the Waybacks since mid-2001, and in such capacity has shared the stage with a host of notable roots music heroes including Bob Weir, Sam Bush, John Cowan, Joan Osborne, Jerry Douglas, Emmylou Harris, Elvis Costello, Danny Barnes, Gillian Welch and David Rawlings, Grace Potter, Mike Marshall, Darol Anger, Jim Lauderdale and Bela Fleck. He might be the only bassist to have played with Martin Denny, Al Kooper AND Pinetop Perkins, although not at the same time, sadly.