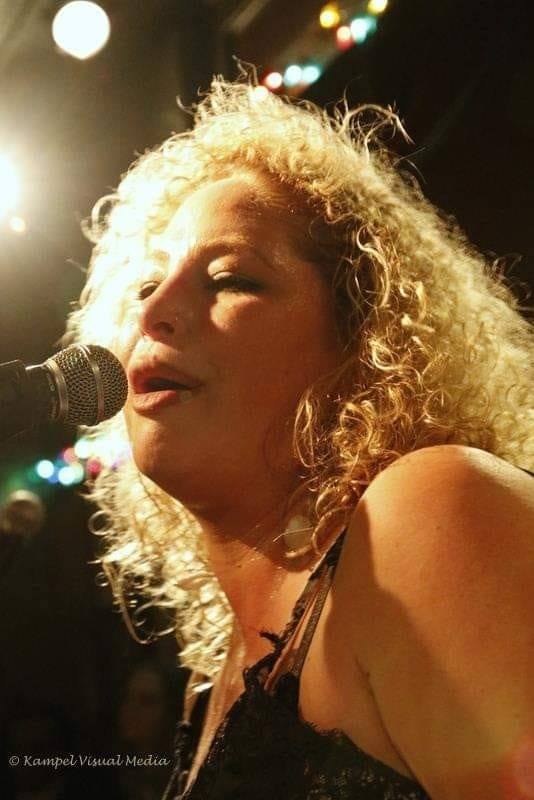 Currently backing legendary Bill Graham recording artist Lydia Pense & Cold Blood, Dana Moret has been one of the Capitol City's favorite radiant blues and soul vocalists for over 20 years. Dana got her start in her family's cherished nightclub, Constable Jacks in Newcastle, CA, and her vocal chops caught the attention of not only local blues musicians, but also international artists performing at the club. She shared the stage with true Bay Area musical heroes such as Big Brother & The Holding Company, The Sons of Champlin, Pablo Cruise, Lydia Pense and more. One of her earliest accomplishments was when she was asked to join the rebooted version of another of Bill Graham's favorite groups, Stoneground. With this "trial by fire" professional stage education, she learned quickly how to use her voice to suit multiple genres. Area blues, soul and rock groups came calling for her sound and expertise.

Dana is best known for her powerful soul and funk voice, but it was when she joined projects outside her comfort zone that she truly showed her vocal range. Whether you catch her gritty, rock performances with 98 Rock's longtime DJ, Pat Martin & his All-Stars, or crooning a sweetly obscure jazz number with area favorite Peter Petty, her debut at the Starlet Room will be one that her audiences won't likely see often. She has hand-picked versatile and beloved players for this show. Dana will focus on the special songs that shaped her musical prowess, ranging from Billie Holiday to Leon Russell. With an eclectic mix of jazz, blues, bluegrass and sultry rock, this is her audience's chance to see a side she rarely shows.. Unplugged.