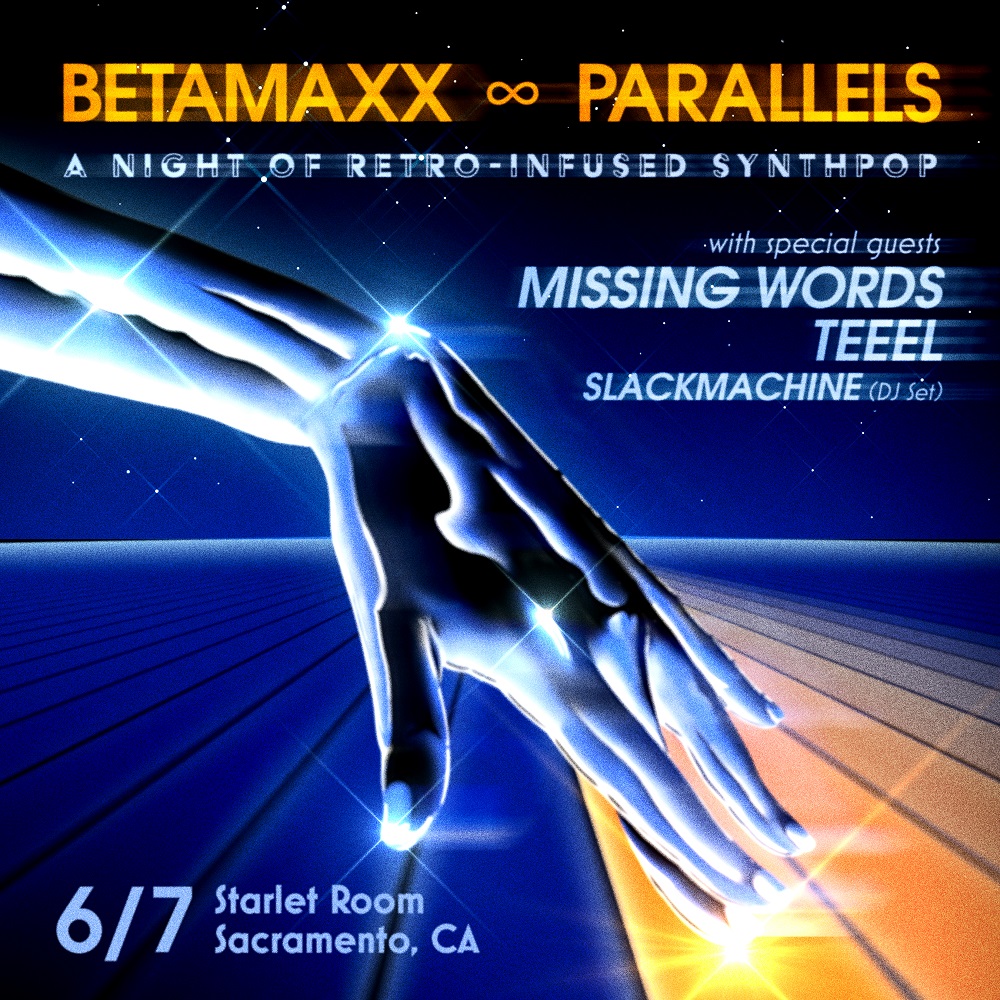 Betamaxx is an 80’s synth revival project by Nick Morey, hailing from Pittsburgh, Pennsylvania U.S.A. The project was formed in mid 2012 with the release of “Lost Formats” LP in late September of that year.

The name “Betamaxx” was contrived from Sony’s “Betamax” movie player which rivaled VHS in the early-mid 80’s, ultimately losing the format war. Betamaxx’s sound is inspired and created with a use of analog and digital hardware synths from the 80’s and today including the Roland Juno-60, Sequential Circuits Prophet-6 and, Korg’s M1 workstation. Combining these sounds with a soundtrack inspiration in mind, Betamaxx has created a neo retro-future sound similar to the likes of John Hughes, and John Carpenter. He has been featured on such works at the “Kung Fury” official soundtrack, and the Amazon prime series “Red Oaks”. His most notable remix was Tangerine Dream’s “Love on a Real Train” from the “Risky Business” soundtrack. His album « Lost In A Dreamworld » was released on Starfield Music.​

In 2020, Parallels and collaborator Radio Wolf released a 7-song soundtrack featuring original songs from sci-fi feature film “Proximity” directed by Eric Demeusy (Stranger Things, Tron: Legacy, Game Of Thrones). The soundtrack was released by LA indie label Lakeshore Records. Also in 2020, Parallels celebrated the 10-year anniversary of their debut album “Visionaries” with a special remaster/remix edition. The album was released by NewRetroWave, hitting the iTunes US Electronic chart and the limited-edition vinyl sold out within weeks.

Missing Words is James Meays, Colin Wood, and Jameson Meays. Known for their eclectic brand of synth-pop and energetic live shows, the three-piece band is venturing into uncharted territories. With their forthcoming EP and new live shows planned, they will take an expansive sound and turn it inwards. The new songs deal with trauma, heartache, and growth in a way that only James (Lead Vocals) can summarize. The synth-scape and lead guitars, and rhythmic drums create the atmosphere for which the band can truly create a memorable sound. The future is bright for this young band.