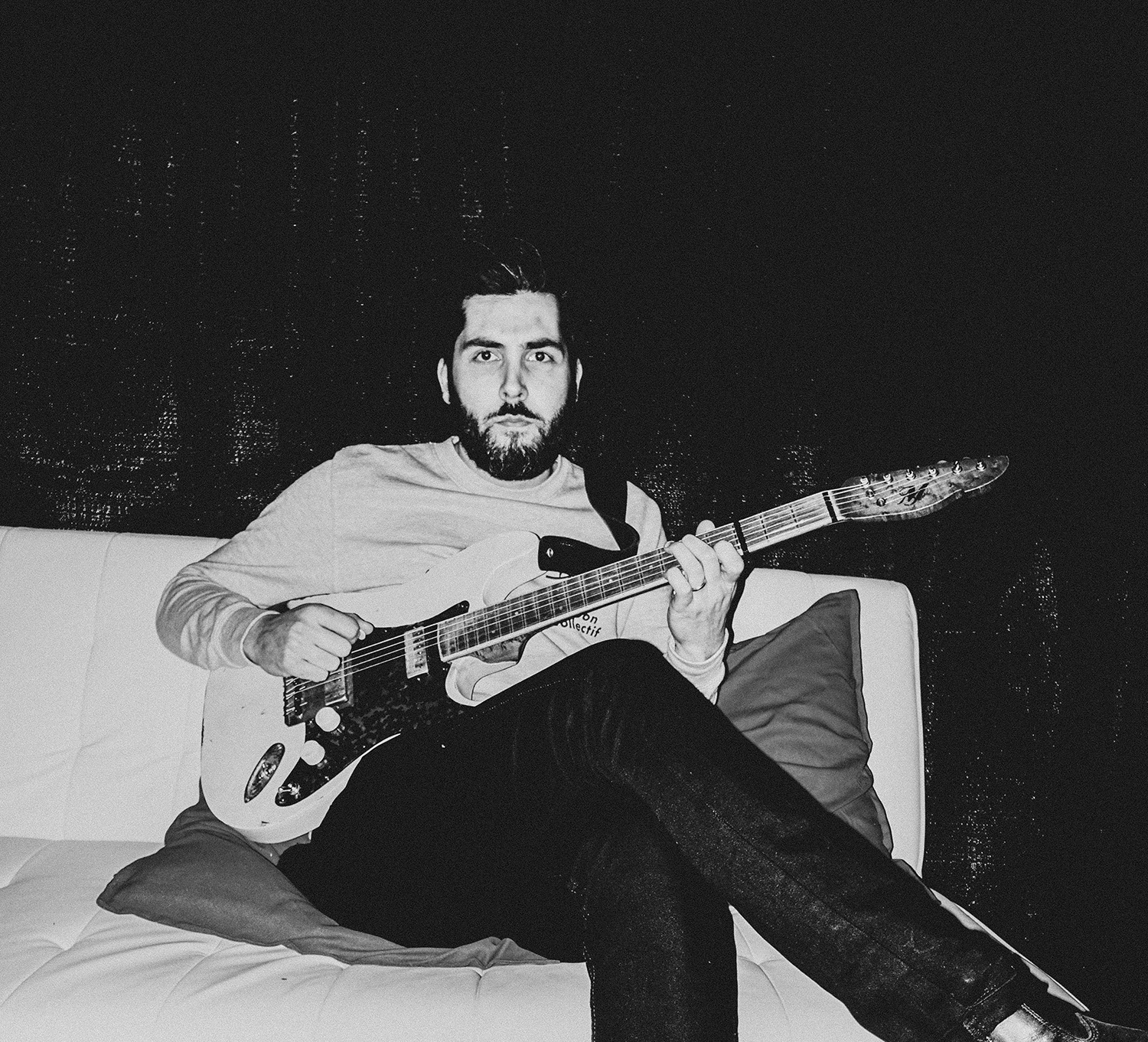 Ariel Posen's music occupies the space between genres. It's a rootsy sound that nods to his influences — heartland rock & roll, electrified Americana, blue-eyed soul, R&B, Beatles-inspired pop — while still moving forward, pushing Posen into territory that's uniquely his own. He turns a new corner with Headway, a solo album that finds the songwriter taking stock of his personal and musical progress.

Posen began recording Headway in December 2019, one week after wrapping up an international tour in support of his acclaimed debut, How Long. He'd been on the road for a year and a half, playing shows across the U.K., Europe, America, and his native Canada. Along the way, Posen had received standing ovations not only from his audiences, but also from outlets like Rolling Stone, who dubbed him "a modern-day guitar hero," and the Western Canadian Music Awards, who nominated him for Breakout Artist of the Year.

Coming back home to Winnipeg, he began sifting through the new songs he'd written between tour dates. Many of them had already been tested on the road, their arrangements whittled into shape by a group of road warriors at the top of their game. Practically all of them were about the process of evolution — of making progress in life, love, and all points in between. Those themes were reflected in the music itself, which presented a crisper, clearer picture of Posen as a songwriter. If How Long had been his introduction to the roots-music world, then Headway was something different: a sharply-defined snapshot of a musician who has truly crystallized his sound.

Headway was recorded in the same hometown studio where a young Posen once watched his parents create their own albums. He'd tracked How Long there, too, and the place still felt home. Working fast, he nailed down each song's foundation in a quick series of live takes, emphasizing organic performances and using his guitar to paint different aesthetics with each track. He rooted "Heart by Heart" in a simmering groove, then bounced between soulful verses and call-and-response choruses with "Coming Back." "I'll Be Finding You" made room for reggae rhythms and psychedelic guitar arpeggios, while the swaggering "What Are We Doing" found Posen stacking his voice into thick blocks of harmony.

Like its title suggests, Headway is all about growth. Already celebrated as a frontman, multi-instrumentalist, and producer, Ariel Posen hits a new high-water mark with his second album — an album that prioritizes songwriting above all else, showcasing the progress of a lifelong musician who's still in the middle of an upward trajectory.