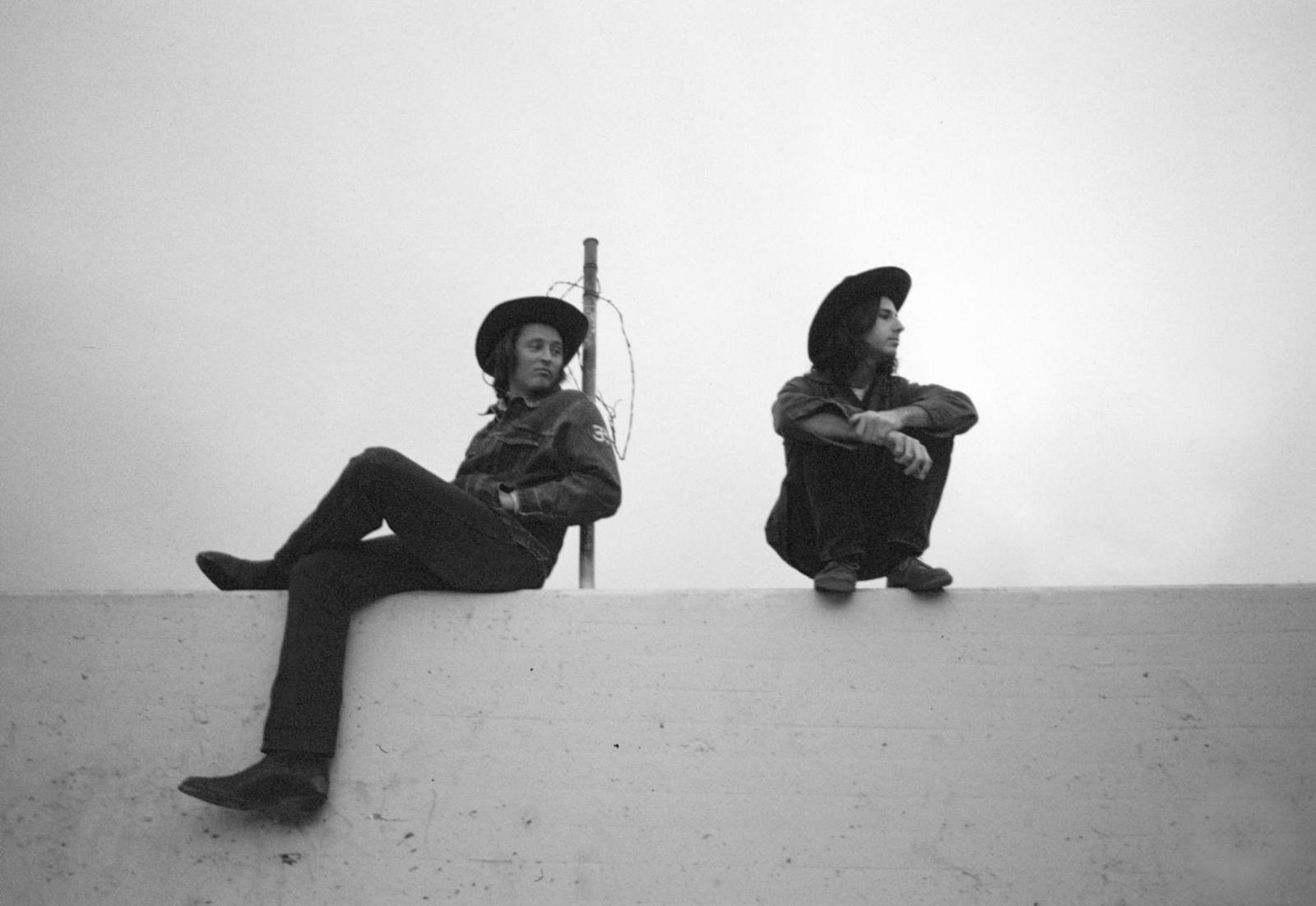 The Starlet Room and (((FolkYeah!))) present

An Evening with
Mapache

An Evening with Mapache

Roscoe is a road dog. The 14-year-old Boston Terrier has been there for the whole ride of Mapache, Clay Finch and Sam Blasucci’s band, which has grown from being the casual project of two longtime buds to one of the most formidable cosmic-folk acts around. “Roscoe’s been through a lot of shit,” says Blasucci, the dog’s formal owner. “He’s been all around the country, come on tour a little bit.” With some bemused pride, Finch points out that, for a few years, he and Blasucci bunked together in a room in the Echo Park neighborhood of Los Angeles that was just big enough to fit two twin beds. “It was the two of us and the dog,” he laughs.

Naturally, Roscoe has found himself the subject of a good handful of Mapache songs in the past—and on Roscoe’s Dream, the band’s third LP of originals, he takes center stage. (That’s him in quilt form on the album cover.) “I Love My Dog” opens up the album with a blissed-out stack of acoustic guitars and a lyrical explanation of one of Roscoe’s many talents: “I love my dog / Keepin’ the policeman out.”

Just as much an easygoing trip with Gram Parsons into the desert as a mad dash with the Grateful Dead away from the law, Roscoe’s Dream is the purest distillation yet of the distinct Mapache sound, which has been brewing for many years now. Finch and Blasucci first met as students at La Cañada High School, just north of Los Angeles: “There wasn’t much supervision or anything,” remembers Blasucci. “It was really nice. And we got to just play guitars together.”

The two stayed friends through their college years—Finch went to Chico State and Blasucci spent two years as a missionary in Mexico—and eventually they ended up back in L.A., spending their days playing guitar together once again, just like old times. Working with producer/engineer Dan Horne (Cass McCombs, Allah-Lahs), they recorded two albums of originals (2017’s Mapache and 2020’s From Liberty Street) as well an album of covers, 2021’s 3. Often trading solos, and occasionally switching from English to Spanish, Finch and Blasucci are now a well-oiled machine.

So when it came time to record Roscoe’s Dream, they didn’t mess with the formula. The band booked some time at Horne’s Lone Palm Studio and called in a handful of friends to play additional parts, including Farmer Dave Scher of Beachwood Sparks on melodica and lap steel on a couple tracks. The family affair has always been how the band likes to work, but this time they approached it on a grander scale than before, recording live as a full group in some cases, as opposed to working over Finch and Blasucci’s initial guitar/vocal parts. “It was a bit more of a band experience,” explains Finch.

The finished product is an ode to the past as well as a bridge forward. Covers of songs like Bo Diddley’s “Diana” and Gabby Pahinui’s “Kaua‘i Beauty” act as nods to heroes of theirs while originals like “Man and Woman” and “Pearl to the Swine” take the template of golden-age rock and lovingly deconstruct it in a modernist lens. “(They Don’t Know) At the Beach” was inspired by the idea of what trailblazing oldies DJ Art Laboe might like—but the gentle ripper of a song would fit right in at a backyard party in 2022.

Hard to imagine after years of being roommates, Finch and Blasucci are also bridging forward in new ways themselves. After the album was in the can, Finch decided to get a little closer to the water by moving to Malibu, and Blasucci moved about an hour north to Ojai with his girlfriend (and Roscoe, of course). But they’re not worried about the new distance slowing them down: “I think if anything it will be bringing more things to the table,” Blasucci considers. “We’re just expanding out in different directions.”