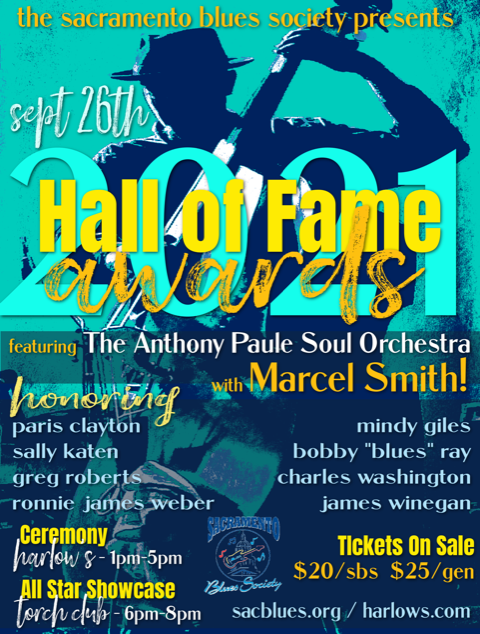 The Sacramento Blues Society is proud to announce the 2021 Blues Hall of Fame Awards event for Sunday, Sept. 26. This is the 13th anniversary of the popular afternoon-into-evening event.

According to SBS Hall of Fame Chair Sally Katen, the Hall of Fame honorees are chosen each year in recognition of their contributions to the preservation and promotion of the blues in Sacramento for at least 20 years.

This years inductees are:

Full bios of all inductees are on the SBS website: https://www.sacblues.org/hall-of-fame.html

As in years past, the after-event showcase/jam is at the Torch Club from 6 pm-8pm. The south wall of the Torch Club is the SBS Hall of Fame Wall where framed photos of all HOF winners are located.